The Avro Lincoln was manufactured by Avro as a British heavy bomber powered by four engines. It was a development of the Lancaster heavy bomber and first flew in June 1944. The aircraft was introduced in 1945 and saw service with the Royal Air Force, Argentine Air Force, and Royal Australian Air Force. A total number of 604 aircraft were built. 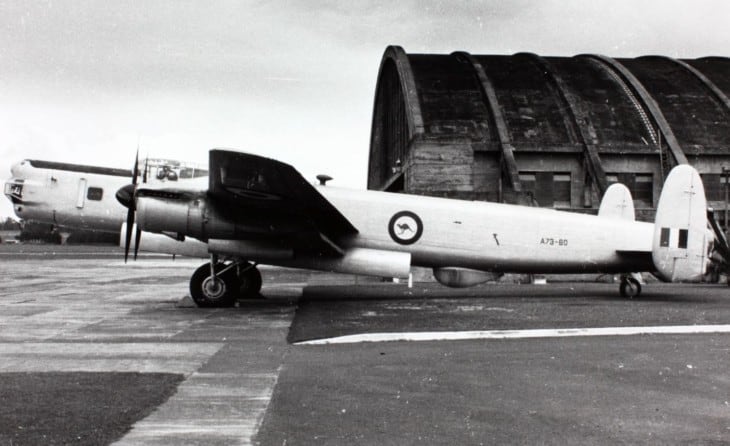 The Avro Lincoln I is a long-range bomber variant for the Royal Air Force. It can accommodate seven or wight crew members including a pilot, flight engineer/co-pilot, navigator, wireless operator, front gunner/bomb aimer, dorsal and rear gunners. It has an external length of 23.86 meters, an external height of 4.3 meters, and a fuselage diameter of 1.7 meters. The tail height is 5.27 meters and the wheelbase is 14.6 meters. It has a wingspan of 37 meters and a wing area of 132 square meters. The empty weight is 20,043 kg and the gross weight is 34,019 kg. It has a maximum takeoff weight of 37,195 kg and a fuel capacity of 4,300 US gal in six wing tanks 180 US gal of oil in four nacelle tanks.