Aviation is a world of acronyms. If you’re researching flight training, the term “CFI” is one of the first that you’ll hear. What is a CFI, a CFII, or an MEI? Today, let’s look at some of these flight training terms and talk about the people behind them.

CFI stands for Certified Flight Instructor. The definition says it all — a CFI is licensed by the FAA to give flight training. Like other certificates the FAA issues, the CFI requires both a knowledge test and completing some minimum aeronautical experience. In addition, various ratings for the certificate can be added for specializations, like multi-engine or instrument training.

What is a CFI Pilot?

In most cases, this means that the pilot completes a training regime and passes an exam to become a CFI. But there are a few categories of aircraft, like airships, that don’t have associated instructor certificates. In these cases, experienced ATP or commercial pilots can train others.

Flight instructors are found at every level in aviation. The first thing that comes to mind is the person who students encounter when they are just learning to fly. This is the job most people envision when they think about flight instructors.

But pilots need the services of qualified CFIs throughout their careers. Every time a private pilot wants to rent a new plane, they get checked out by a CFI. Then, every two years, most pilots see their favorite CFI for recurrent training.

In training, every license a pilot applies for requires training from a CFI. Want to learn to fly seaplanes? You’ll need to find a CFI with the qualifications. How about helicopters? Same thing.

In the airline world, instructors train new hires on the company’s procedures and equipment. Someone has to train pilots when they upgrade to a new jet, and that somebody is a flight instructor.

As you can see, flight instructors come in many varieties.

What Does CFI Mean?

Technically, the Certified Flight Instructor is a certificate issued by the FAA under FAR (Federal Aviation Regulations) Part 61. To get it, the applicant must also hold a commercial pilot certificate or ATP, have a certain number of flight hours, have received training, pass two written exams, and pass a practical exam. In other words, it’s no small matter to become a CFI.

Many people use the term CFI to describe the person who holds the certificate. In this way, the term “CFI” now doubles for meaning any flight instructor.

In addition, a few of the categories have class ratings. But these class ratings are a little different from the ones you’d find on a pilot license.

Can a CFI Teach in Any Plane?

A CFI is limited to teaching in planes that they have experience in and are certified to fly. Just because you are a flight instructor does not mean that you can fly or teach in anything.

The simpler the plane the less restrictive the rule is. Single-engine piston-powered planes under 12,500 pounds require no further training–unless, of course, they are a tailwheel, high-performance, complex, or high-altitude plane. In all of these cases, if the pilot is certified to fly it, they can teach in it.

When it comes to multi-engine planes, a flight instructor needs to have the MEI (Multi-Engine Instructor) rating and have at least five hours of pilot in command time in that specific make and model of aircraft.

The CFI must also hold the appropriate type rating for turbine and large aircraft.

Like a pilot’s license, a flight instructor license is limited by category and class ratings. But the instructor certificate has fewer ratings, and so to know what a CFI can teach, you must look at both of their certificates.

The typical starting place for fixed-wing CFIs is the CFI-A (Certified Flight Instructor-Airplane). The class rating is “single engine.” Notice this license does not specify land or seaplanes, as the pilot license does. To teach in a single-engine seaplane, a pilot would need a Commercial Pilot certificate, Airplane Single-Engine Sea, Instrument ratings, plus a Certified Flight Instructor-Airplane Single-Engine certificate.

What is a CFII?

The next stepping stone in the career of most CFIs is the CFII (commonly pronounced as “C-F-‘Double’ I”). This is the Certified Flight Instructor-Instrument rating.

What is the Difference Between CFI and CFII?

The fundamental difference in adding the CFII to your CFI is that you can teach instrument students. In addition, you can also perform Instrument Proficiency Checks (IPCs), which is the periodic recurrent training that instrument pilots need.

There are special provisions for CFIs who want to train Sport Pilots, the FAA’s newest certificate for small private planes. While someone with a regular CFI can teach sport pilot applicants, the FAA created an entirely new type of instructor–a Sport Pilot Instructor.

You must have a sport pilot certificate and at least 150 hours of flight time to be eligible for that rating. You can find specific requirements in the FARs, Part 61 Subpart K.

What is a Ground Instructor?

The FAA also issues Ground Instructor certificates. Ground instructors can train students in the classroom and help them complete the bookwork, including endorsements to take the FAA knowledge or written exams.

Ground instructor requirements and privileges are discussed in the FARs, Part 61 Subpart I.

What is Required to be a CFI?

FAR Part 61 Subpart H lists all the various requirements for getting a flight instructor certificate.

To be eligible for a CFI, a pilot must:

CFI training is usually completed after a pilot completes their commercial certificate. It’s an important milestone for professional pilots for a few reasons.

Many people are surprised to learn that becoming a flight instructor is one of the first jobs that a pilot gets that pays them to fly. The training to get the CFI after their commercial is relatively inexpensive and fast, so they can start collecting paychecks rapidly.

Keep in mind that it’s not just about the money, though. If a pilot is on a career track, they need to collect as many hours in their logbook as they can. Flight instruction is an excellent job because every time an instructor flies with a student, they can log the flight time.

Airlines love hiring CFIs because CFIs know their stuff. Any teacher or instructor will tell you that they never really understood complex topics until they tried to teach them. Reading it and passing a test is one thing, but being able to communicate it to someone else puts you in a league of your own.

How Hard is CFI Training?

As flight ratings go, CFI training is not especially difficult. If you have passed the commercial checkride, chances are you can nail any flying you need to do as a CFI.

But it’s important to remember that the CFI isn’t about flying; it’s about teaching. One of the first tasks a future CFI faces is the FOI exam–a 60-question multiple-choice exam with very little to do about aviation. Instead, it’s all about the psychology of learning and teaching effectively.

The difficult parts of training and working as a CFI stem from these areas. We’ve all had an experience with a bad teacher at one time or another. Maybe they hated their job, they didn’t particularly grasp the topic at hand, or they were just bad at communicating with their students. Some people are better teachers than others. Becoming a CFI is all about becoming the best teacher you can be.

How Long Does it Take to Become a CFI?

Most professional flight schools have a dedicated program to help applicants pass their CFI checkrides. Generally, these are month-long courses. Nearly all the training required to become a CFI is done in the classroom.

The actual flying for the CFI is straightforward. It more or less mimics the commercial checkride, except that the applicant must do the tasks from the right seat while discussing the maneuver aloud.

As the demand for pilots in the aviation industry grows, the demand for CFIs grows as well. Thanks to perpetual demand, flight instructor jobs are one of the most consistent in the industry. There are flight schools worldwide, and it’s not uncommon to come across multiple job openings.

Being a flight instructor is not unlike being any other type of professional pilot. At smaller airports with fewer students, the CFI’s schedule may be patchy with more work on weekends. Many general aviation pilots want to do their training and proficiency flights.

At larger schools, a CFI might work a consistent schedule with back-to-back flights. However, since each student is at different phases in their flight training, each flight will be slightly different. And, of course, each learner is different, so each flight will pose unique challenges.

Nearly all of a CFIs time is spent training private pilot applicants. Senior flight instructors can move up and teach more instrument, multi-engine, and commercial students–but even still, a majority of the students at every flight school are working on their private license.

CFI salaries vary considerably depending on their seniority and their location. CFIs at small airports work hourly and charge for flight hours or ground school. Students pay anywhere from $50 to $100 per hour for a flight instructor, depending on the instructor’s experience level and the type of training they’re receiving.

Of course, the flight instructor seldom takes home more than half of the money that students are charged. Unless they work independently, CFIs usually make between $25 and $50 per billed flight or ground hour. This translates to about $30,000 to $50,000 per year.

Larger flight schools have more opportunities for advancement and better salary potential. For example, stepping into a role like Assistant Chief Instructor at a Part 141 Flight School will generally bump the CFI’s salary up considerably. 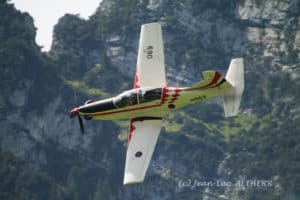