If you have a fascination with fighter jets, chances are you’ve always wanted to strap into some of the most dynamic aircraft in the world and take them for a whirl yourself. That’s probably not going to happen in real life. So why not take to the skies in video games? Here is a list of games with fighter jets to get you started.

Flight simulators have been a popular genre for decades. Finding a good fighter jet game, however, can be difficult. Many simulators, such as Microsoft Flight Simulator, are strictly non-violent.

A fixation on WWII as a setting is another matter. Sure, the battles between the Royal Air Force, Luftwaffe, Japanese Imperial Air Force, and United States Air Force are as dramatic as they are legendary, but air combat in that era was between propeller-powered planes, not fighter jets.

Thankfully, there are still plenty of games with fast fighter jets, and a great deal of variety between them.

On the one hand, there are games which veer as close as possible to reality. These jet fighter simulators are excellent for those who prize accuracy.

Several of these games are set in the past, in which case the fighter jets included are kept as accurate as possible to their real-world historical counterparts.

On the other hand, there are games which take a more action-orientated arcade-esque approach. If you’re less concerned about flight checks and fuel levels and want to get right to the dogfights, these are for you.

Without further ado, let’s take off with the top 15 fighter jet games. 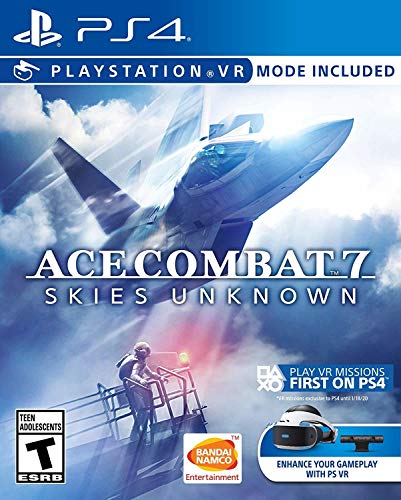 Our first entry from the Ace Combat series takes the “virtual flight simulator” thing to a new level, being available not just for PS4 and Xbox One but the PlayStation VR headset as well.

Once again, you’ll be able to take control of many of the same fighter jets we’ve featured throughout this list, with even more available via DLC. In total, 28 different aircraft are featured.

The game makes use of a tech tree, meaning that you start out with older, more basic fighter jets and work your way up to more advanced models, giving a real sense of progression throughout the game.

Adding to the sense of realism is the fact that you can fly into the Wild Blue Yonder in a variety of real-world jet fighters. Some of the game’s most notable jets include the F/A-18 Super Hornet, F-14 Super Tomcat, F-16 Falcon, F-22 Raptor, and many more. 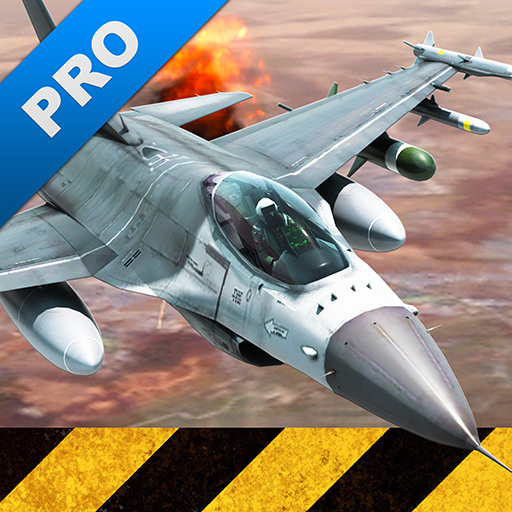 Released for Microsoft in 2017, this game deviates from the Tom Clancy series by doing a great deal to embrace realism. The game boasts more than 500 real airports and 1,107 runways, allowing you to take off and land in areas which resemble real-world locations as well as any game on this list.

Furthering that focus on realism is an emphasis on realistic flight. You need to follow the proper aerodynamic procedures for takeoffs and flights, and need to pay attention to essentials such as fuel levels. While this game is more of a simulator than an arcade shoot ‘em up, it still features a robust Dog Fight mode. 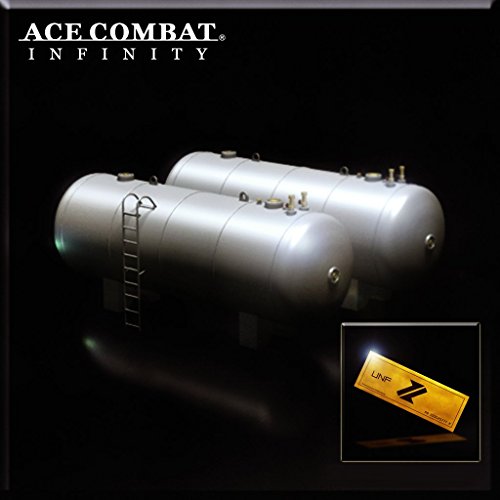 If you like the commitment to realism offered by Ace Combat: Assault Horizon but can’t afford the price tag, the free-to-download Ace Combat: Infinity is for you. It retains much of the same control scheme, and once again takes place in the real world.

The game imagines a world which suffered an asteroid collision in 1994, and by 2019 the world is bitterly divided and geopolitically unstable with massive tensions between superpowers (far-fetched, we know).

In terms of a flight roster, the game features USAF mainstays such as the F-15C. In addition, for the 60th anniversary of the Japanese Air Self-Defense Force, Bandai made iconic Japanese fighter jets such as the F-15J and F-2A available for download. 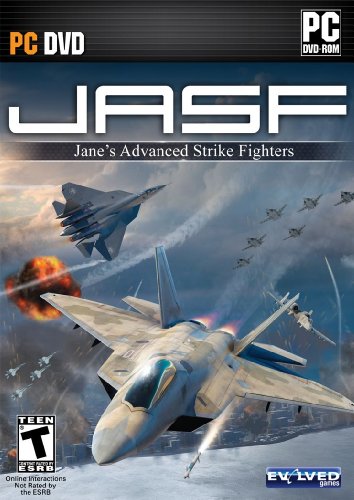 The Middle East and Central Asia are some of the most popular settings for war games today, for obvious reasons. That said, there are obvious political and cultural sensitivity issues involved with such a setting. Jane’s Advance Strike Fighters skirts those issues by using the fictional setting of “Azbaristan.”

The region is in the grip of a civil war, and it’s your job to fly death-defying missions which are just as various as the different maps over which you’ll pilot your craft.

Despite its fictional setting, the game makes use of many real-world jets, including the F-22A Raptor, F-35 Lightning II, and the Su-35 Super Flanker, which is part of the Russian Air Force. 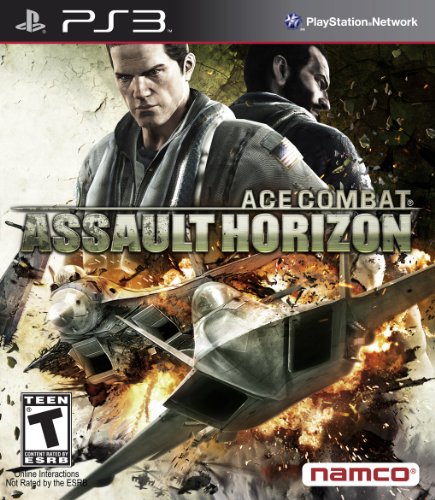 The Ace Combat series has long been one of the best combat-based flight simulators. If you are looking for a good entry point into this genre, one of these games would be a great place to start.

While other games in the series feature fictionalized versions of real locations, this game’s enhanced focus on realism means you’ll be flying over realistic maps of areas in the United States, Africa, and Russia in a contemporary, 2015-16 setting.

The game features two types of control setups. Optimum is a good introductory mode, taking away some of the nuance and control to ensure that newcomers don’t accidentally fly their planes into the ground, while Original allows you to take control and take to the skies with more realistic controls.

Available via Google Play, this is one of the most state of the art fighter jet games on our list, boasting incredible 3D models and a huge roster of aircraft from around the world. Fly into action in jet fighters such as the F-22 Raptor, SU, Mig, and many more.

The game features detailed maps as well as a wide variety of anti-aircraft weaponry. Both of these factors combine to ensure that each time out feels like a new adventure.

While the game boasts a single-player campaign, it’s in multiplayer that this game really shines. For great global online jet fighter dogfighting, Modern Warplanes is hard to beat. 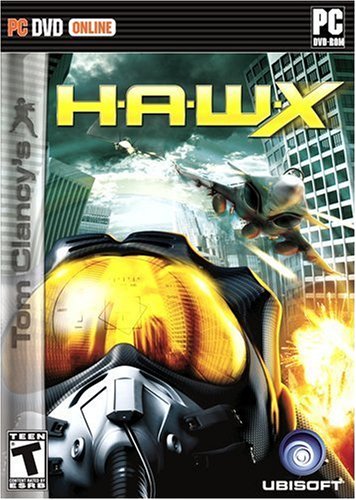 The Tom Clancy series has long been a series of military video games, blending realism with accessibility to create games which drive a middle path between simulation and arcade-style action. What that being said, this is easily one of the most arcade-like games on our list.

That is due in part to a flight system which allows for moves which would be impossible in real life. Instead, the emphasis is placed on the mercenary-centric storyline and the thrill of aerial dogfights across several missions set amidst Middle East drama worthy of Tom Clancy’s novels.

This is one of the oldest games on our list, having been released in 2011. It was carried on a variety of platforms, including the PS3, Xbox 360, Wii, and iOS and Android systems.

It is no secret that video games can be expensive, especially today. As such, flight fans will find the free download nature of this game all the more refreshing. All you need is Windows and you’re good to go.

Digital Combat Simulator World has developed a strong reputation for accuracy and accessibility, both of which have helped make it among the most popular flight simulators out there. The game allows you to hop into the cockpit of aircraft ranging from WWII-era P-51 Mustangs to modern jet fighters.

Even better, the game offers maps which suit each fighter. Whether you’re looking for a Normandy map for WWII-era flight or Nevada and Middle East-inspired maps for modern jet fighters, the game has the right setting and craft to keep things accurate and interesting.

9. Warbirds Extreme: Warriors in the Sky

One of the benefits of this game is the price. While it isn’t free, because it’s meant to work with extant games, this add-on expansion is less expensive than many stand-alone fighter jet games on this list.

This is another game which boasts a robust roster of modern jet fighters. Among the jets you can take for a spin in this combat simulator are the Fairchild Ind. A-10 Thunderbolt II, Boeing/McDonnell-Douglas F-15E, and Lockheed Martin F-16C Falcon. 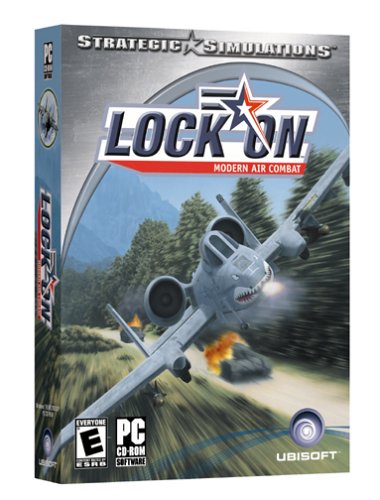 One of the biggest questions facing any flight simulator is what kind of gameplay to include. Are you going to focus on the extant difficulty of keeping a plane in the air, the combat side of things, or both?

Given the fact that “combat” is in the title, it should be no surprise which side of Lock On: Modern Air Combat veers toward. It includes a diverse array of air combat as well as air-to-ground strikes.

Nevertheless, its flight simulator capabilities were still good enough to get it considered for a Best Flight Simulator game. It is thus a good middle point between the extremes of the flight combat genre.

As the title implies, this is another add-on to the Microsoft Flight simulator game engine. If you are a fan of that game, you are bound to enjoy this game’s similar commitment to simulator-esque accuracy and attention to detail.

This game features the F-14 Tomcat, F-15C Strike Eagle, F-16 Fighting Falcon, and F/A-18 Hornet as flyable jet fighters. In addition, you’ll be able to experience these craft in paint decals and national variants for countries like Israel, Kuwait, and Jordan.

If you are looking for a flight simulator which includes modern jet fighters aligned with the countries who use them today, this game does a good job of capturing their look and feel with the utmost accuracy.

Another big question facing those who choose to purchase flight simulation games is whether the single-player or multiplayer experience matters more to them. Thankfully, Falcon 4.0 doesn’t force you to choose.

The single player campaign takes players through everything from basic navigation training to scenarios with several objectives, allowing you to build your in-game piloting skills over a series of increasingly-challenging missions.

The multiplayer experience is no less engaging. Up to four teams can compete with modern jets in head-to-head in dogfights and other missions to determine who has true air superiority.

This game is a bit of a throwback, being first released in 2002. It envisions a proxy war between the United States and Soviet Union over fictional Middle Eastern kingdoms throughout the Cold War.

That’s worth mentioning because this is the rare jet fighter game that takes care to look into the past and include some of the great US and Soviet jet fighters of yesteryear.

The controls, while close to two decades old at this point, remain fun and accessible. If you are looking for some retro gaming with retro jet fighters, this might be a fun title to try out.

After the first Strike Fighters game, we got a direct sequel and then a couple of spinoffs, including Strike Fighters: Israel, set in the Middle East, and this game, which is obviously set in Vietnam.

That alone is worth noting. Vietnam as a setting has been far less utilized than WWII-era Europe and Japan or the modern Middle East, for obvious reasons. However, there is no denying that, despite the war’s tragedy, Vietnam was a heyday for fighter jets.

If you liked the first Strike Fighters game and are looking to continue with a similar style of gameplay in a Vietnam setting, you’ll want to seek out this title.

Let’s conclude with another throwback to Vietnam-era dogfighting. Wings Over Vietnam does a great job of bringing the sense of air combat from the era to life like few other games.

A lot of that has to do with the game’s impressive roster of Vietnam-era jet fighters. This game lets you climb into the cockpit of such iconic jets and surface-to-air missiles as the AIM-9 Sidewinder and AIM-4 Falcon. The Soviet MiG is also included.

These surface-to-air missiles add another hazard to your life as a pilot, adding to the challenge as well as the Vietnam-era authenticity. This is definitely one of the best Vietnam dogfighting games. 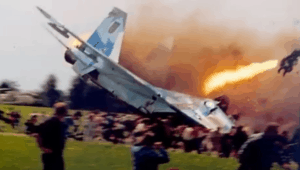 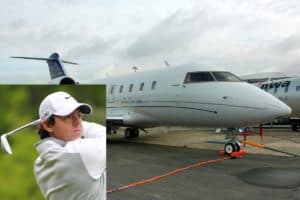 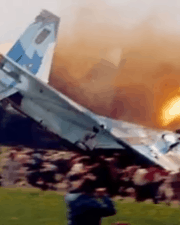 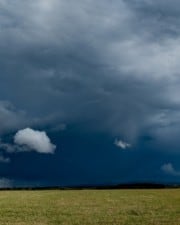 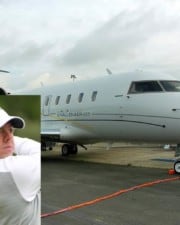