The Vought SB2U Vindicator was built by Vought as the first carrier-based monoplane dive bomber intended for the United States Navy during the 1930s. It first flew in January 1936 and was introduced in 1937. The aircraft was retired in 1945 with a total number of 260 Vindicators built. 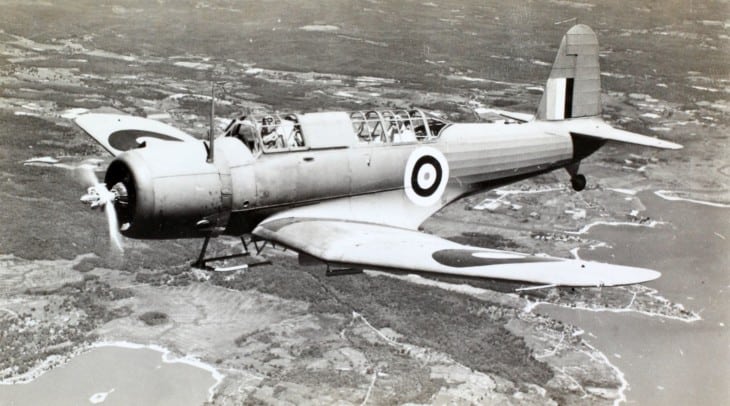 The SB2U was developed to meet the requirement of the United States Navy for a new carrier-based Scout bomber. The manufacturing company Vought submitted the XSB2U-1 for the monoplane specification with low wings and retractable conventional tailwheel undercarriage.

The aircraft is powered by a single Pratt and Whitney R-1535-02 Twin Wasp Jr engine. It is a fourteen-cylinder, two-row, supercharged, air-cooled radial engine with two overhead valves per cylinder, a single-speed centrifugal-type supercharger, two-barrel Stromberg carburetor fuel system, an air-cooling system, and an epicyclic reduction gear. It produces a take-off power of 825 hp and continuous power of 750 hp, and drives a two-bladed Hamilton Standard constant-speed propeller with a diameter of 3.35 meters.

The aircraft could be loaded with various armaments such as a single forward-firing 12.7 mm M2 Browning machine gun in the starboard wing and a single 12.7 mm machine gun in a flexible mount in the rear cockpit. It is also armed with a single 450 kg or 230 kg bomb under the fuselage and two 45 kg and eight 14 kg bombs under the wings.