The Vought O2U Corsair was built by Vought Corporation as a scout and observation aircraft during the 1920s. It was introduced in 1926 and two prototypes were ordered in the same year. The O2U was mainly used by the United States Navy, United States Marine Corps, and United States Coast Guard. A total of 580 aircraft were built. 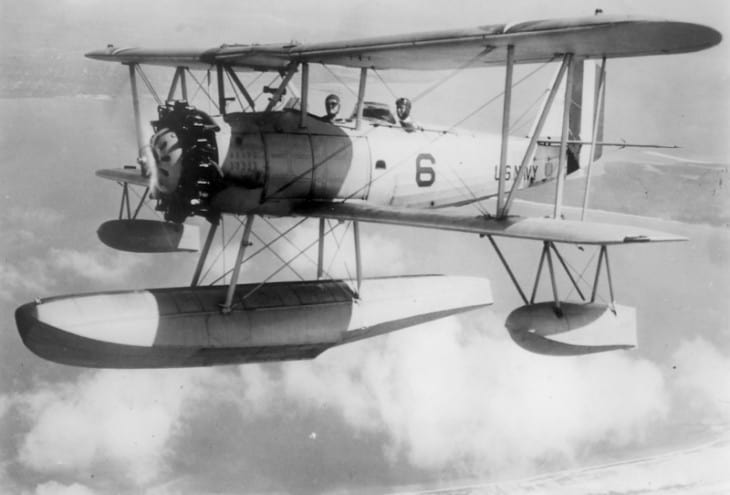 In 1926, two prototypes designated as O2U-1 were ordered and underwent testing by the Navy Trial Board before proceeding with the initial production versions. In 1927, 291 O2Us were built in total. In 1928, orders for the O2U-2, O2U-3, and O2U-4 versions were placed; these versions incorporated minor modifications. In 1930, the O3U version was built; it was almost the same as the O2U-4 but fitted with a Grumman amphibious float. Several more versions were produced, resulting in a total of 580 aircraft built.

The SU-4 Corsair is a re-engined version that could carry two crew members and 227 kg of load. Forty-one of this version were built. It has an external length of 8.37 meters, an external height of 3.4 meters, and a fuselage width of 1 meter. The tail height is 3.47 meters and the wheelbase is 5.9 meters. It is a biplane scout and observation aircraft with a wingspan of 10.97 meters and a wing area of 31.31 square meters. It has an empty weight of 1,502 kg, a maximum takeoff weight of 2,161 kg, and a fuel tank capacity of 90 US gal.

The aircraft is powered by a single Pratt and Whitney R-1690-42 Hornet engine. It is a nine-cylinder single-row supercharged air-cooled radial engine with a pushrod-actuated valvetrain, a single-speed centrifugal-type supercharger, a two-barrel Stromberg carburetor fuel system, an air-cooling system, and an epicyclic reduction gear. The engine produces a maximum thrust of 600 horsepower.

The Corsair has a maximum speed of 145 knots at sea level and a travel range of 591 nautical miles. It can fly up to 18,600 feet and can climb at a rate of 2,100 feet per minute. It is loaded with three 7.62 mm Browning machine guns; one forward-firing located in the upper wing and two on a trainable mount in the rear cockpit, and four 53 kg or 14 kg of bombs under the lower wings.