The Tupolev Tu-28 was a Soviet long-range interceptor aircraft designed by Tupolev and introduced in the mid-1960s. It was officially designated as Tu-128 and performed its maiden flight in March 1961. The Tu-128 was the largest, as well as the heaviest fighter in service, assuming that the definition of fighter includes an interceptor aircraft. The aircraft was retired in 1990. 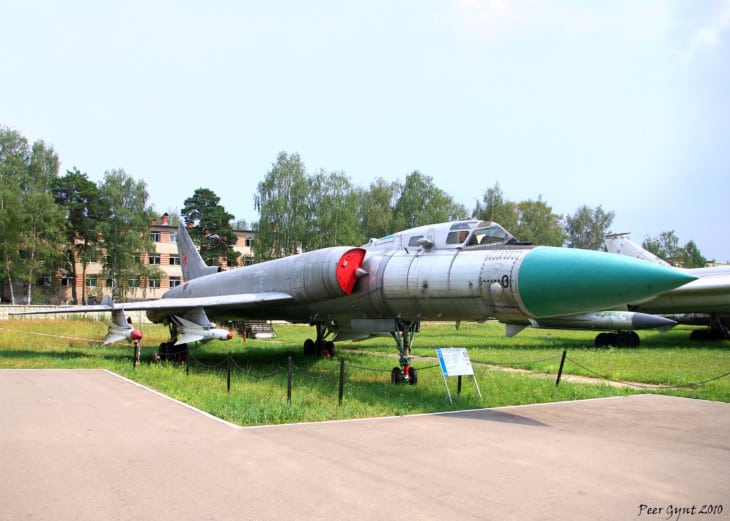 The Tupolev Design Bureau led by Iosif Nezval began to develop a new interceptor aircraft in 1958. It was derived from an existing single prototype of the Tu-98 swept-wing jet bomber. On March 18, 1961, it took to the air for the first time. The aircraft has an initial military destination of Tu-28 before it was redesignated as the Tu-128 in 1963. It was primarily used by the Soviet Air Defence Forces and was retired in 1990.

The Tu-28 can accommodate two crew members; a pilot and a navigator in a tandem configuration. It has an exterior length of 30.06 meters, an exterior height of 3.8 meters, and a fuselage width of 1.7 meters. The wide, low, and mid-mounted swept wing has a wingspan of 17.53 meters and a wing area of 96.94 square meters.

The Tu-28 interceptor is powered by two Lyulka AL-7F-2 afterburning turbojet engines mounted in the fuselage. It has a supersonic airflow through a single-spool nine-stage axial compressor, annular combustors, and two-stage axial turbine.