The Supermarine Spitfire was designed by R.J. Mitchell and manufactured by Supermarine as a single-seat fighter aircraft during the late 1930s. It served with the Royal Air Force and other allied air forces pre and post the Second World War. The aircraft first flew in March 1936 and was introduced in August 1938. It was produced from 1938 to 1948 with a total number of 20,351 aircraft built. 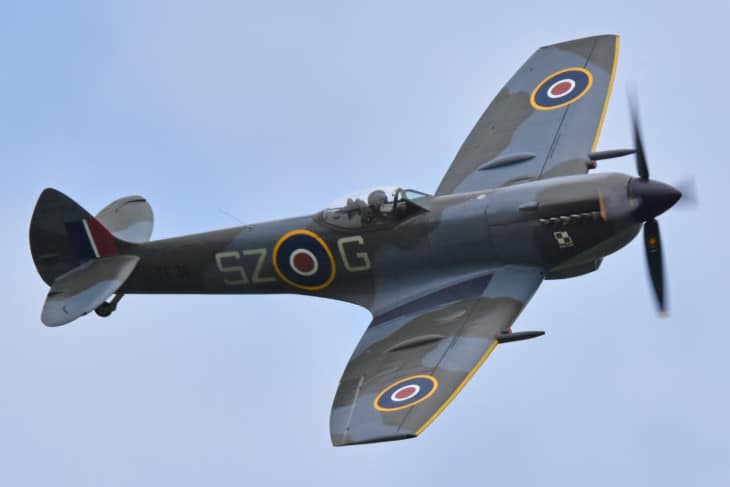 On March 5, 1936, the aircraft prototype piloted by Joseph Mutt Summers took to the air for the first time. On August 4, 1938, it entered into service. Numerous versions of the Spitfire were produced from 1938 until 1948, featuring various wing modifications, and it was manufactured in larger quantities compared to other British aircraft. A total of 20,351 Spitfires were built. It was retired in 1961.

The Spitfire has a maximum speed of 320 knots. It has a standard range of 416 nautical miles, a combat range of 216 nautical miles, and a ferry range of 960 nautical miles with fuel tank. It can fly up to 36,500 feet and can climb at a rate of 2,600 feet per minute. The aircraft is also loaded with various guns such as Browning Mk II machine guns and Hispano Mk II cannon.