The Short 360 is a transport aircraft designed and manufactured by Short Brothers, an aerospace company in Northern Ireland in the 1980s. The Short 360 is a bigger version of the Short 330 which can accommodate up to thirty-nine passengers in flight. 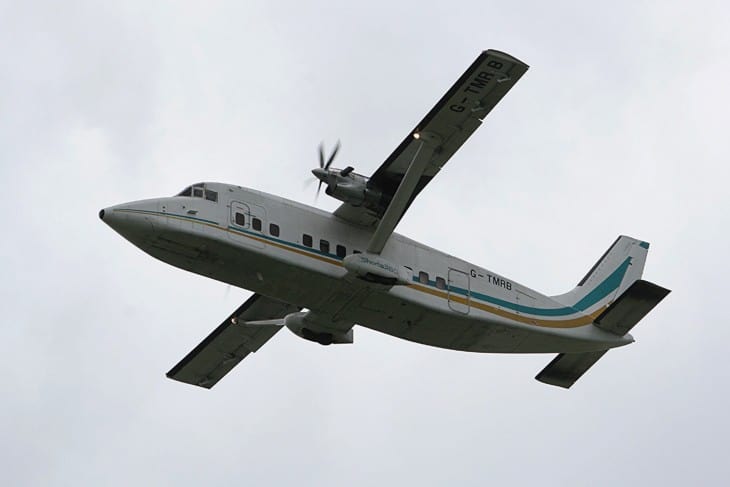 In the 1970s, the commuter airline market in the world started to progress from the 20-seat configuration to wider and more convenient cabins. In 1980, the Short 360 development was unveiled to the public. On June 1, 1981, the first prototype took to the skies for the first time. After three months, on September 3, 1981, the aircraft received its type certification. On August 19, 1982, the first production aircraft took its first flight and in November 1982, it entered service with Suburban Airlines, which was later merged with Allegheny Airlines/US Airways.

Following initiating production with the standard version, the manufacturing company marketed several 360 improvements. In late 1985, the 360 Advanced with PT6A-65AR engines rated at 1,424 shaft horsepower was introduced. It was then redesignated 360-200. In March 1987, the 360-300 was introduced. It is equipped with more powerful PT6A-67R engines with six-blades propellers and designed with higher cruise speed and improved performance. It was also built in freighter configuration, designated as 360-300F, with capacity for five LD3 cargo containers. Military variants were also produced, designated as Short C-23 Sherpa B+ and C which are in service with the United States military. A total of 28 C-23B+ were produced by conversions of civilian 360 airframes, while the C-23C was a conversion of C-23B and C-23B+. In 1991, production of the Short 360 ended and has recorded 165 deliveries.

The Short 360 is derived from the Short 330. It can accommodate 36 passengers in a standard layout and up to 39 passengers in a high-density configuration. It has an external length of 21.6 meters, a height of 7.27 meters, and a diameter of 2.2 meters.