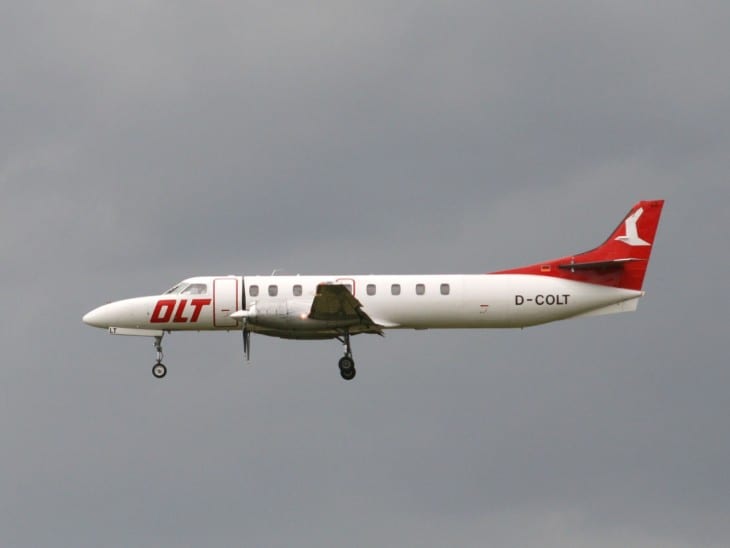 At the first stage of the Metro’s construction, Swearingen Aircraft experienced some financial difficulties. And in late 1971, Fairchild purchased 90% of Swearingen; so, the company was later renamed Swearingen Aviation Corporation. Then, at this point, the cash-strapped company before was able to place the Metro into the production.

In the year 1974, the original models of Metro were changed by SA226-TC Metro II immediately after about 30 Merlin IVAs, and 20 Metros have been built. The changes being made were optional provision and squared-oval windows for a small Rocket-Assisted Take Off rocket on its tail cone. This is being offered to enhance the performance when taking off out of “high & hot” airfields in cases of some engine failures.

Both Metro & Metro II are limited to their maximum weight of 5,760 kg or 12,500 lbs. in the United States and countries utilizing imperial units, around 5,700 kgs in countries utilize SI units. When the restriction was already lifted, Metro II was again certified as a Metro IIA in the year 1980 with a maximum weight of 5,941 kgs or 13,100 lbs. Thus, Metro II’s TPEE331-3 engines were replaced by -10 engines of increased power.

There’s a new fuselage and vertical fin which were developed, married to rebuilt horizontal tails and its air wings, and a landing gear Twin Bonanza. This is because of SA26 Merlin, a pressurized Excalibur. With the successive models, SA26-At Merlin IIB and SA26-T Merlin IIA, the aircraft engines were also changed to Pratt & Whitney Canada PT6. After that, it was changed to Garrett TPE331 turbo props. These were also marketed as aircraft for a business that can occupy at least 8-10 passengers.

On the 12th day of June 1980, Metro II that operates Air Wisconsin Flight 965, experienced some engine failure that provides massive water ingestion in the middle of a thunderstorm. The crews lost their control and crashed at Valley, Nebraska. The crew members and its 11 passengers died during the accident. There were two passengers who survived, but with serious conditions and injuries.

Another incident happened last the 30th day of January 1984. The Metro II was operated by Britt Airways have crashed after taking off from Terre Haute, Indiana, to Evansville, Indiana. The Chief pilot and the Director of Operations, including the 3 Britt employees, have died in this accident. The aircraft, N63Z, has been destroyed, and the cause of the accident was still undetermined.