Manufactured by Brazilian aerospace company Embraer, the Embraer EMB 110 Bandeirante (Brazilian term for Bandit) is created for military and civilian purposes with increased reliability and low operating cost. This aircraft remains the most successful commercial aircraft of the company. 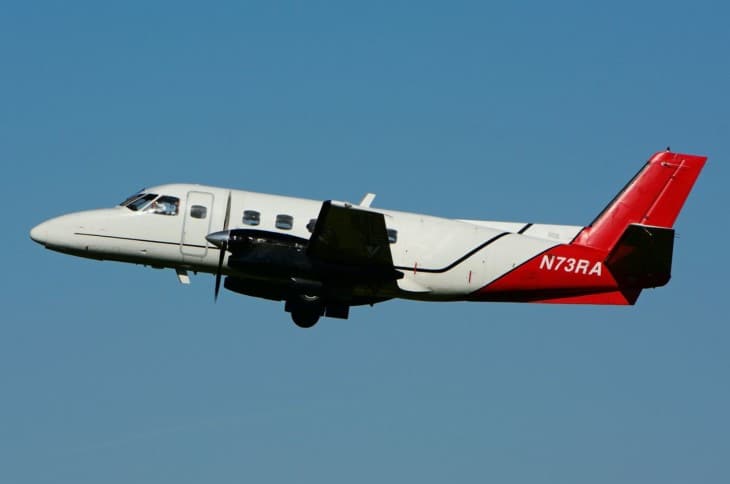 Formerly known as the IPD-6504, the EMB 110 was designed by Max Holste, a French aeronautical under the management of Ozires Silva. The aircraft was renamed as Bandeirante by the director of the Aeronautical Technical Center (CTA), Brigadier Paulo Victor. The name was selected based on the explorers of Brazil, the Bandeirantes, and to national integration.

In 1972, the aircraft received its Brazilian airworthiness certification. Also on the same year, the airliner first flew.

On February 9 1973, the first delivery of the aircraft to Brazilian Air Force (FAB) took place.

On April 16 1973, the aircraft entered commercial service with TransBrasil, a Brazilian airline that ceased operations in 2001.

On December 15 2010, a newly upgraded EMB 110 was flown by the Brazilian Air Force (FAB). This upgraded aircraft is outfitted with present-day avionics equipment. Labeled as the C/P-95, the aircraft has various systems built by Aeroelectronica.

The aircraft can accommodate up to 18 passengers on board for a typical side by side seating. It has a cabin length of 9.5 meters, and width and height of 1.6 meters.

The Embraer EMB 110 is powered by two Pratt & Whitney Canada PT6A-34 turboprop with a thrust rate of 750 horsepower per engine. It has a three- blade fully-feathering reversible-pitch constant-speed Hartzel propeller with a diameter of 2.36 meters.

The aircraft has a travel range of 1,060 nautical miles and can fly up to a service ceiling of 21,490 feet. Its cruising speed is 248 knots while 100 knots is the approach speed. It has a take-off and landing distance of 460 meters and 530 meters respectively.

Some of the variants of the EMB 110 include: