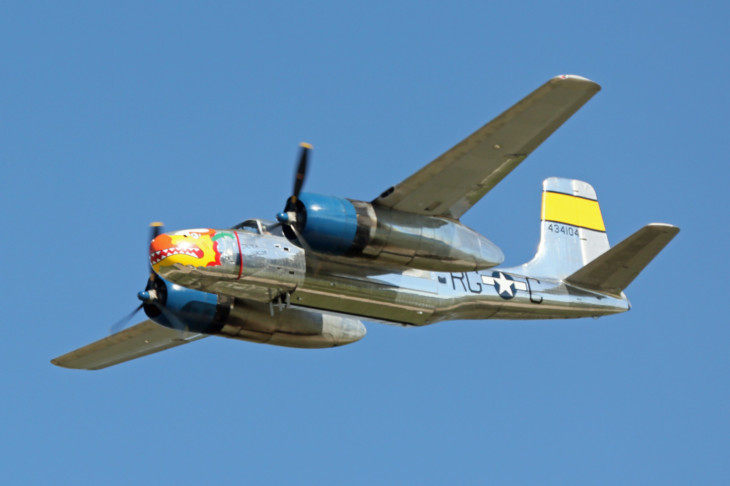 The aircraft is powered by a twin Pratt and Whitney R-2800-71 or -27 or -79s Double Wasp engine. It is an eighteen-cylinder, air-cooled twin-row radial engine with water injection. It has two poppet valves per cylinder, a variable-speed single-stage single-speed centrifugal-type supercharger, a Stromberg injection carburetor fuel system, and an air cooling system.