The Chengdu J-20 also called the Mighty Dragon is a single-seat, twin-engine, all-weather, fifth-generation fighter aircraft designed and manufactured by Chengdu Aerospace Corporation of China for the People’s Liberation Army Air Force (PLAAF). It is built as an air superiority fighter with precision strike capability. 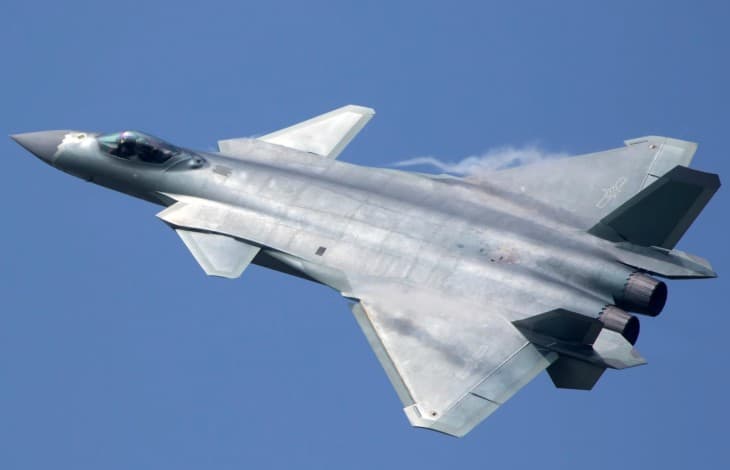 In the late 1990s, the development program of the Chengdu J-20 began. On December 22, 2010, the first prototype underwent high-speed taxiing tests outside the Chengdu Aircraft Design Institute. After three months, the first J-20 conducted its first flight in Chengdu.

In 2014, a number of changes were done to J-20 prototypes such as new low-observable intake and stealth coating and restructured vertical stabilizers. New equipment and devices were also noted, including integrated targeting pods for precision-guided munition, and six additional passive infrared sensors that were all useful for multi-role missions. In December 2015, the low rate initial production (LRIP) type of the aircraft had been seen by a military observer. In November 2019, an aircraft coated in a yellow primer paint was seen while in a flight testing by defense observers at the Chengdu Aerospace Corporation manufacturing facility. It is fitted with a new version of WS-10 Taihang engines with serrated afterburner nozzles to improve stealth. On July 8, 2020, it was reported that a new version of the aircraft, designated as the J-20B was unveiled and entered mass production. The only modification made was its thrust vectoring control.

The Chengdu J-20 has a long and wide fuselage, with an exterior length of 23 meters, a height of 5 meters, and a diameter of 2 meters. It has a carved nose section and a frameless canopy. One specific design criterion for the aircraft is high instability which needs sustained pitch authority at a high angle of attack, where a typical tail-plane would lose efficacy because of stalling. On the contrary, a canard can deflect opposite to the angle of attack, preventing stall and sustaining control.

The Chengdu J-20 is one of the best Chinese fighter jets.