The Global 6000 features the widest cabin, fastest internet connection, safe access to baggage, smoothest ride, and greatest reach- all are carefully designed to provide maximum comfort to its passengers. It is the most luxurious business jet manufactured by Bombardier Aerospace. 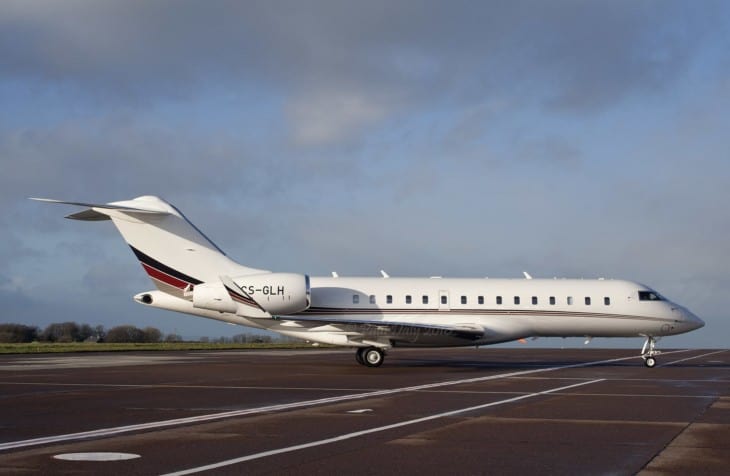 In June 2011, the Global 6000 received its certification from Transport Canada for its flight deck.

In August 2011, ViaSat Inc., a global communications company partnered with Bombardier to provide airborne communications terminal equipment for the high-speed and high-quality in-flight connectivity of the aircraft.

In February 2012, it received its certification from the Federal Aviation Administration (FAA), the European Aviation Safety Agency (EASA), and the European Joint Aviation Authority (JAA).

In March 2011, NetJets, an American company that sells part ownership or shares of private business jets ordered 120 Global business jets including 30 Global 6000 that costs $2.8 billion. In November 2012, the company received the first Global 6000 unit and by the end of the year, delivery of remaining units are anticipated to be completed.

On March 31 2012, the first Global 6000 aircraft fitted with a Vision Flight Deck was delivered to WideWorld Services Ltd. during a special ceremony at Bombardier’s facility in Dorval, Canada.

In November 2012, Bombardier signed a $7.8 billion order from Swiss charter operator VistaJet for up to 142 Global aircraft including the delivery of 25 Global 6000.

Also in 2012, Bombardier announced that AVWest, a charter airline based in Australia has placed firm order for five Global 6000 business jets with the new Vision Flight Deck. The total value of this overall order is relatively $292.5 million, based on the 2012 list price for typically equipped aircraft.

The Global 6000 is an enhanced version of the Global Express XRS and the Global 5000. It has an overall length of 30.3 meters, tail height of 7.8 and fuselage diameter of 2.4 meters.

Aside from the widest cabin with a length of 13.18 meters, height of 1.88 meters and width of 2.41 meters, the aircraft also features a lengthened cockpit and refined communication equipment.

The roomy cabin can seat up to 19 passengers and two to four crew members. It is equipped with Ethernet-based cabin management system that works through an on-board Local Area Network (LAN) and wireless LAN.

The Global 6000 has a 28.7-meter advanced wing design that provides the smoothest ride and reduces effects of turbulence.

The Global 6000 is fitted with the Rockwell Collins Pro Line Fusion-based Vision flight deck for enhanced situational awareness. The Pro Line Fusion/Vision system is the first avionics suite with synthetic vision on a head-up display (HUD).

The suite also provides customized formats of display information, maps with graphical flight planning, electronic checklist, a Future Air Navigation System (FANS) which provides direct data link communication between the pilot and the air traffic controller, a Controller-Pilot Datalink Communication (CPDLC), and a Wide Area Augmentation System (WAAS) that intends to enable aircraft to rely on GPS for all phases of flight, including precision approaches to any airport within its coverage area. It also has a Localizer Performance with Vertical Guidance (LPV) and a MultiScan weather detection system.