Practical Air Transport The ATR 42 500. An upgraded version of the ATR 42-400, this powerful aircraft has multiple updates to improve not only the experience for the passengers, but also for the pilots. It’s great for passengers who struggle with loud noises thanks to the improved noise insulation. 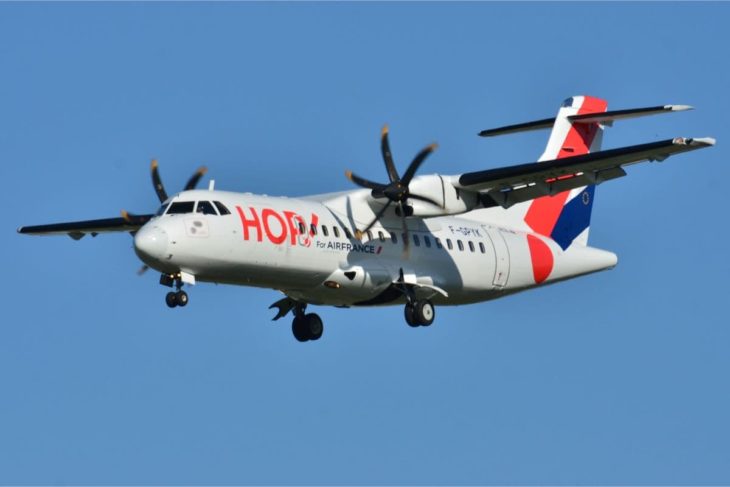 This impressive and upgraded aircraft was designed to be powerful, faster, able to hold more weight, and incredibly comfortable for passengers. It was first delivered in late 1995 and since then has managed to hold its own in a fast-growing aircraft sector.

This upgraded version of the traditional ATR aircraft was carefully designed to ensure that it would meet demands for improved passenger comfort, as well as performance in the air.

The newly designed cabin is one feature that really sets this plane apart from others on the market today and makes it a great option for flights of all lengths.

There is also a version of the ATR 42-500 that was designed for VIP transport, as well as some versions that are for in-flight inspection.

This popular aircraft is loved by many different airlines around the world. Some of the airlines that operate the larger numbers of this aircraft include First Air, Easyfly, Tarom, Sky Express, and Nordstar Airlines.

One feature of the design of the ATR 42-500 that makes it really stand out from other similar planes is that it has been acoustically treated with advanced technology. This means that the structure of the plane, as well as additional installation of Dynamic Vibration Absorbers, prevents the plane from being too noisy for passengers and the crew.

Propellers on the ATR 42-500 are controlled electronically. They are designed from composite and were created to allow for fast and easy lift off without adding a lot of weight or noise to the plane. Additionally, they have six blades and are made by Hamilton Standard. With a large diameter of 3.93 m, these 568F propellers are durable, as well as powerful.

The improved flight deck was designed to ensure that pilots can easily control the plane. Advanced electronics and other equipment make it easy to monitor the plane and prevent errors or accidents.

The cabin of the ATR 42-500 is very advanced and was designed to ensure passenger comfort when in the air. It features advanced absorbent carpets and panels that are designed to help prevent too much noise in the plane. Additionally, there is more volume in the overhead bins, which means that passengers can easily stash their items.

The longer bin design makes it possible for passengers to store items that are up to 2 m long without frustration. This upgraded version features space for 48 passengers sitting four in a row with a middle aisle for easy passage.

This aircraft has two PW127 engines. They provide all of the performance that the aircraft needs without problems. Even if there are high and hot conditions, this plane can easily operate on just one of the engines.

This is important for combating any problems that may occur in the air and ensuring that a compromised plane can be landed safely.

These engines have received a flat rating of +45C.

With a maximum take-off weight of just 18,600 kg, it’s easy to see that this is a slightly smaller option than other aircraft. It has a range of 716 Nm. Thanks to improvements in the engines and throughout the entire plane, all of the emissions are below standards, making this a great plane for use without causing tons of pollution.

The ATR 42-500 has the typical retractable tricycle type landing gear that is so common on this type of plane.

There are not many competitors for this powerful aircraft. One is the Q400 NG, which boasts a slightly faster cruise speed and longer range, putting it in a slightly different class than the ATR 42-500.

This plane has also typically been in competition with the Bombardier Q200 and Q300 in the past.