A few terms that might be unfamiliar to US pilots, CAVOK and CAVU, pop up in some international weather reports from time to time. So what do they mean?

The term is used in connection with weather reports like METARs and TAFs, to mean that there are no significant restrictions on the weather from low clouds or reduced visibilities. It’s another way of saying the weather is good or that you could fly VFR. If it weren’t CAVOK, then specific conditions would be reported, and a pilot would need to figure out if they could safely fly in that sort of weather or not.

CAVOK is not a term used in the United States and is not defined by the FAA. Therefore, it is not appropriate to use this term in the US National Airspace System or US weather reports because there is no set definition as to its meaning.

In other parts of the world, CAVOK is defined by ICAO Annex 3, which outlines standard weather reporting practices for the world’s airspace systems.

According to ICAO, CAVOK means:

When all of these conditions are met, the visibility, runway visual range, cloud type and height, and weather conditions are removed from the weather report and replaced simply with “CAVOK.”

Definitions and details for usage can be found for CAVOK in many sources, from military references to the list of definitions used by the MetOffice of the UK.

What Does CAVU Mean to Pilots?

In the United States, some controllers will report the weather as “better than 5,000 and 5.” This is similar to CAVU because it simply means that there are no clouds or ceilings lower than 5,000 feet AGL and nothing restricting visibilities to less than five statute miles.

What are METARs and TAFs?

Another place where you might see or hear reports like CAVOK or CAVU are on airport ATIS or weather broadcasts. These reports are made directly from air traffic controllers to pilots. Before a pilot can approach and land at an airport, they need to have the weather information. CAVOK or CAVU are quick and easy ways to tell the pilot that the weather is fine.

Another aviation term you might be wondering about is “ceiling.” Ceilings are the bottoms of clouds, but only if they are spaced closely together to the point that planes cannot go around them.

Technically, a ceiling is the lowest broken or overcast layer or the visibility into an obscuration.

CAVOK FAA Definitions and US Use

In 2002, the US petitioned ICAO to restrict the applicability of the term CAVOK in the United States. So not only is the term not defined by the FAA, it’s not supported either.

The core of the US’s argument against the term is that the defined limits of CAVOK, clouds below 1,500 meters or 5,000 feet and visibilities less than 10 kilometers, do not suit the needs of US users. In the US, it is common to report clouds up to 25,000 feet (7,600 meters) and visibilities up to 10 statute miles (16 kilometers). Both of these are beyond the defined limits of “CAVOK.”

One of the best and most official definitions of CAVOK comes from Transport Canada’s Aeronautical Information Manual.

The term “CAVOK” (KAV-OH-KAY) may be used in air-ground communications when transmitting meteorological information to arriving aircraft.

CAVOK refers to the simultaneous occurrence of the following meteorological conditions at an airport:

(a) no cloud below 5,000 feet, or below the highest minimum sector altitude, whichever is higher, and no cumulonimbus;

This term, coupled with other elements of meteorological information, such as wind direction and speed, altimeter setting and pertinent remarks, will be used in transmissions directed to arriving aircraft and, where applicable, in the composition of ATlS messages. A pilot, on receipt of CAVOK, may request that detailed information be provided.

CAVOK does not apply to the provision of meteorological information to en-route aircraft and, therefore, will not be used when such information is transmitted to aircraft engaged in that particular phase of flight.

METAR Decoder — Other METAR Code Examples Like CAVOK or CAVU

There are many ways and abbreviations used all over the world to denote the idea that the weather is pretty good. For example, when the visibility is reported as “10SM,” in most parts of the US, it means that the visibility is ten statute miles or better.

According to Transport Canada, national variations exist even though METARs and TAFs are international codes. CAVOK is a perfect example of this, as is the “RMK” (remarks) section often included at the end.

In countries that report visibility in meters, 9999 means that the vis is 9,000 meters or better.

What is NOSIG? No significant weather. It’s yet another way of denoting no significant restrictions to ceilings or visibility.

The code group in a standard METAR report that begins with VV indicates “Vertical Visibility.” This is the term used when the sky is obscured, in other words, a ground observer cannot make out a clearly defined ceiling.

If the code appears as VV///, without number, it means that the observer cannot make out how many feet the visibility is equal to. In most cases, the visibility will be reported in hundreds of feet. So, for example, VV005 would be 500 feet of vertical visibility.

In the US, controllers often abbreviate weather reports over the radio. This reduces frequency congestion and makes the information a little easier for the pilots to understand. One common method is to say simply, “The weather is better than five-thousand and five.” In other words, ceilings are higher than 5,000 feet, and visibility is more than 5 SM—so the weather is good VFR in most cases. 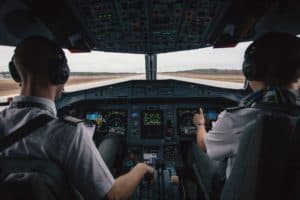 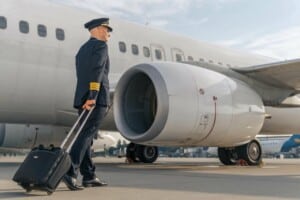 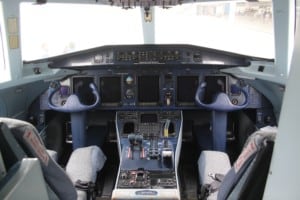 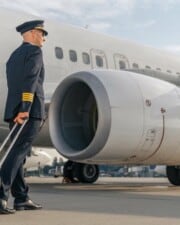 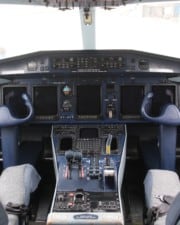