The Swearingen Merlin, also known as the Fairchild Aerospace Merlin was initially built by the American manufacturer Swearingen Aircraft and afterward by Fairchild. It was a pressurized business aircraft powered by twin-turboprop engines. The Merlin first flew in April 1965 and was produced until 1998. 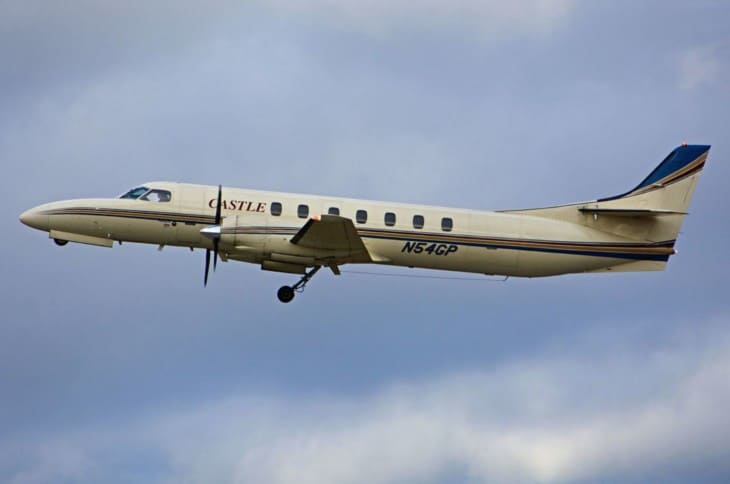 The Merlin was a development of initial modification programs of Swearingen Aircraft. Edward Swearingen, an American aeronautical engineer started the design that concluded to the Merlin through step-by-step enhancements to the Twin Bonanza and Queen Air utility aircraft of Beechcraft, which was named Excalibur. Later on, a hybrid aircraft designed with a new fuselage and vertical fin was built which was designated as the SA26 Merlin. It was the prototype piston-engined version of the aircraft. The SA26-T Merlin II was a prototype powered with two turboprop engines. The Merlin IIA was the first production version with two Pratt and Whitney engines while the Merlin IIB was powered by two Garrett AiResearch engines.

Two Garrett AiResearch TPE-331-10U-503G engines power the Merlin. It is a single-shaft turboprop with an integral gearbox, a two-stage centrifugal compressor, reverse annular combustors and a three-stage axial turbine. Each engine produces a maximum thrust of 900 shaft horsepower and drives a four-bladed Dowty Type R.321 propeller with 2.69 meters of diameter. The aircraft has a maximum cruise speed of 300 knots at 10,000 feet and a stall speed of 92 knots with flaps and landing gear down. The range at 26,000 feet with six occupants is 1,938 nautical miles and the ferry range is 2,239 nautical miles. It can fly up to 27,000 feet and can climb at a rate of 2,650 feet per minute.