The Hughes H-4 Hercules was developed and built by the Hughes Aircraft Company as a prototype strategic airlift flying boat. It was planned to be a transatlantic flight transport to be used in the course of the Second World War, however, it was not completed promptly to be in service during the war. On November 2, 1947, the aircraft performed its first and only flight and there was only one prototype produced. 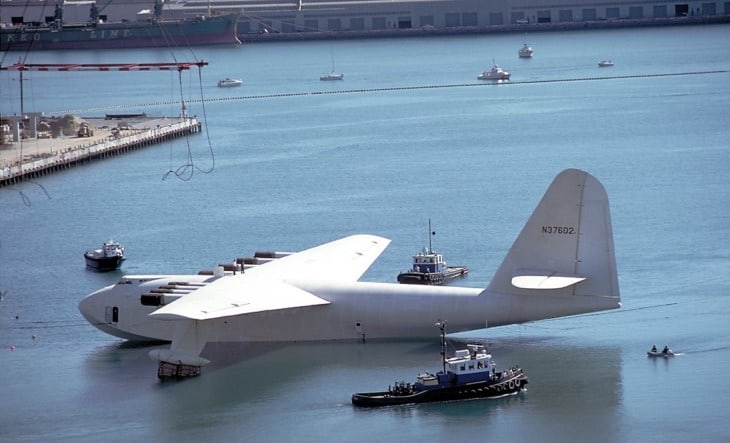 In 1942, a requirement to build a transatlantic flight transport with a large payload was issued that led to the development of an aircraft that could carry 68,000 kg of payload with 750 fully equipped troops or two 30,000 kg M4 Sherman medium tanks. The aircraft was designed by Henry J. Kaiser and Howard Robard Hughes Jr. and was initially designated as HK-1 to honor the collaboration of the two.

It was also known as the Spruce Goose, the Flying Lumberyard, and the H-4 Hercules. On November 2, 1947, the H-4 took to the skies for the first time. It was piloted by Hughes, with Dave Grant as his copilot, as well as two flight engineers, sixteen aircraft mechanics, and two more flight crew. There were also fourteen invited passengers on board.