The ERCO Ercoupe was designed by Fred Weick and initially manufactured by Engineering and Research Corporation as a low-wing monoplane before the Second World War. A few more manufacturers pressed on with the production following the war. It performed its maiden flight in 1937 and was produced from 1940 until 1969. A total of 5,685 units were built. 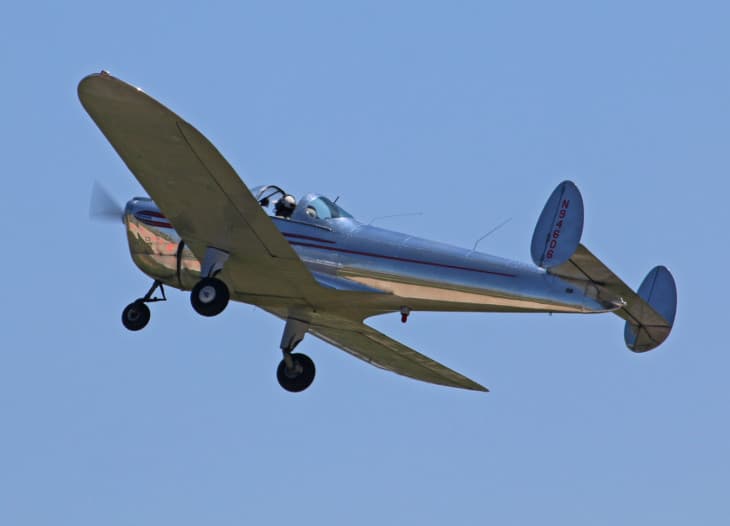 During the 1930s, Fred Weick, an aeronautical engineer of the National Advisory Committee for Aeronautics (NACA) designed an aircraft designated as W1. It was derived from the 1931 Stout Skycar light aircraft, with fabric covering, a parasol wing, a tricycle undercarriage, and a pusher configuration.

Weick became a part of the Engineering Research Company (ERCO) and modified his design to a low-wing aircraft with a tractor configuration. In October 1937, the Ercoupe 310 with a fully cowled engine took to the air for the first time. It was later designated as the Ercoupe. Aircraft production came after instantly. 112 Ercoupes were built before production ended due to the Second World War. Several aircraft manufacturers continued to produce the aircraft after the war. A total of 5,685 units were built.

The ERCO Ercoupe is a light aircraft with an external length of 6.32 meters, an external height of 1.67 meters, and a fuselage diameter of 1 meter. It has a tail height of 1.8 meters and a wheelbase of 1.7 meters. It is a low wing monoplane with a wingspan of 9.14 meters and a wing area of 13.25 square meters. The maximum takeoff weight is 572 kg, the maximum payload is 233 kg, and the fuel tank capacity is 24 US gal. The aircraft has a takeoff and landing distance of 290 meters and 310 meters, respectively.

The Ercoupe is powered by a single Continental C75-12 engine. It is a four-cylinder air-cooled horizontally opposed piston engine that produces a maximum thrust of 75 hp and drives a two-bladed variable-pitch propeller. The Ercoupe has a maximum speed of 96 knots and a cruise speed of 83 knots. The stall speed is 42 knots and the never exceed speed is 125 knots. It has a travel range of 260 nautical miles. The aircraft can fly up to 13,000 feet and can climb at a rate of 550 feet per minute.