The Embraer R-99 is the military designation of the EMB-145-RS of the Brazilian Air Force. It was a derivative of the twin-engine Embraer Regional Jet EMB 145. The R-99 family is powered by AE1 3007 turbofan engines of Rolls-Royce and produce twenty percent additional thrust compared with the civil variants. 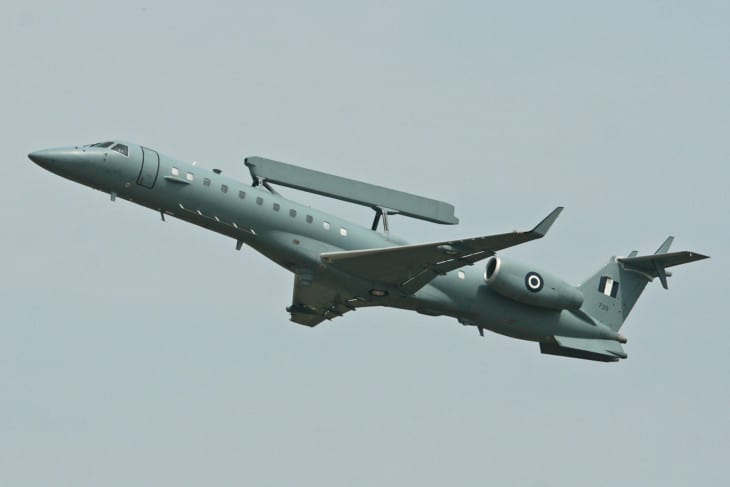 The R-99A/E-99/EMB 145 AEW&C is an airborne early warning and control aircraft designed to spot ships, vehicles, and other aircraft even on long ranges and carry out command and control (C2) of the battle space by governing the attack of fighter aircraft. It features an Erieye radar system developed by Saab Electronic Defense Systems which uses an active electronically scanned array technology and an Erieye Ground Interface Segment (EGIS) which is a primary part of the software. The R-99 has ninety-five percent of the capability of the bigger aircraft of its type as claimed by the Brazilian Air Force. In 2008, the R-99A was redesignated as the E-99 by the Brazilian Air Force.

The R-99B/R-99/EMB 145 MULTI INTEL is a remote sensing model. It features a synthetic aperture radar that uses the phase information recorded by the sensor to measure the distance from the sensor to the target. The aircraft is also equipped with Forward-Looking Infrared Systems that uses a thermographic camera for infrared radiation, and a Multispectral Scanning System (MSS). It boasts the command, control, communications, and intelligence capabilities and Signals Intelligence (SIGINT) that uses cryptanalysis to decipher encrypted messages.

The EMB 145 MP is a maritime patrol model. It features a sensor system almost similar to the R-99B, however, the multispectral scanning system and the side-looking radar were not present on this model. This version was first delivered to Mexico. An anti-submarine warfare configuration designated as the P-99 was also built. It was intended to be equipped with 4 hardpoints. However, no prototype of this version successfully took to the skies.