The Douglas C-124 Globemaster II also known as Old Shaky is a heavy-lift cargo aircraft designed by the Douglas Aircraft Company. It was the main heavy-lift transport of the United States Air Force Military Air Transport Service (MATS) in the 1950s and until the early 1960s. 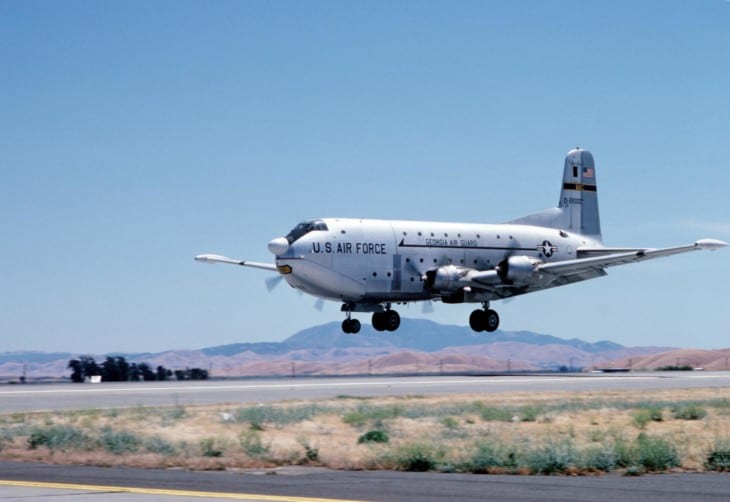 The C-124 Globemaster II was developed by the Douglas Aircraft Company from 1947 until 1949. It started as a prototype based on C-74 Globemaster and built on acquired lessons throughout the Berlin Blockade. On November 27, 1949, the Globemaster II took to the air for the first time. In May 1950, the delivery of the C-124A commenced. The C-124C version was equipped with an APS-42 weather radar with its distinctive thimble radome.

The aircraft was fitted with four Pratt and Whitney R-4360-63A Wasp Major. It was a 28-cylinder, four-row radial piston engine rated at 3,800 horsepower each with water or alcohol injection. It also had a 3-bladed Curtiss Model C634S-C402 fully-feathering reversible-pitch constant-speed propeller. The C-124 was designed with two sizeable clamshell doors, a ramp hydraulic actuation system located in the nose, and a freight elevator below the rear fuselage. The aircraft could carry a cargo load of 31,100 kg.

The cargo bay was equipped with two overhead hoists that could lift 3,600 kg of load each. The cargo version could bear heavy vehicles such as trucks, as well as guns, tanks, and large equipment.

The passenger version could accommodate two hundred fully equipped troops or one hundred and twenty-seven litter patients with their attendants. The C-124 Globemaster II was the single aircraft during its time that could transport fully assembled outsized equipment like tanks and bulldozers.