Aircraft played an essential role in the Second World War, as opponents tried to dominate the air to take down ships and enemy targets below by dropping torpedoes. However, some models were destroyed because of their own design flaws.

Warfare tactics in World War II were vastly different from those used in previous battles. Countries at war had to work quickly and meticulously to optimize their aircraft convoys as they competed for dominance.

Between the beginning and end of the war, aircraft power and speed improved significantly, and three main aircraft types were used. Fighters, bombers, and transport planes were among them, each serving a specific purpose.

Fighter planes were built for air combat, while bomber planes were designed to be much larger, and were used to drop bombs on enemies from above. Transport planes carried soldiers into and out of battle.

The problem is that some of these planes simply could not do what they were made to do. Most of them were destroyed because of flaws in their design rather than as the result of an attack from an enemy.

Here are the top eight non-fighter planes of the Second World War.

The Blackburn Botha was one of the few aircraft in aviation history to have been replaced by an older model. It had a short military career that started in 1939 and lasted 18 months.

Botha’s shortcomings as a reconnaissance aircraft or torpedo bomber were numerous. It was to launch torpedoes on ships below and collect information about the battle.

However, it was poorly designed for its functions with an unusually small cockpit with virtually no visibility, which was annoying for pilots, and no windows facing the plane’s rear-end.

It was also very slow for a bomber, with a top speed of just 249 mph. Because of the heavy and unstable airframe, it was also very precarious and hard to control.

Later, the plane was demoted to a trainer, where it was involved in an alarming number of fatal crashes due to its poor stability. The Blackburn Botha was congested, turbulent, and terrible at its job.

The Fairey Battle was the first aircraft to be powered by a 1.030 horsepower Rolls Royce Merlin motor. However, this light bomber had the ill fortune of appearing during the 1930s, when planes developed rapidly. It was already obsolete when World War II began.

One of the few reasons for its use was because the British RAF needed as many aircraft in the air as possible. The Battle’s trouble was that it was far too large for the engine it had, making it too slow for both AA guns and enemy fighters, with a top speed of just 241 mph.

A single Merlin engine propelled its massive airframe. During the Battle of France, the engine simply did not provide enough power for the plane to outrun, or get past, attacking Bf 109E’s with any grace.

Because of its easy flying characteristics, the aircraft was retired in 1940 to be used as a trainer.

A surprising fact is that the Fairy Battle claimed Britain’s first combat kill, but almost 100 of these planes were taken out in a week of the war in 1940. This indicates that it was inadequate for warfare.

The first Douglas TBD Devastators were one of the greatest torpedo-bombers in the world when they were delivered to the US Navy.

However, it was 1937, and this plane was already outdated at the time of the Pearl Harbor attack. Much like the Blackburn Botha, the Devastator was too slow, and had inadequate defense capabilities.

It had a maximum speed of 206 mph that had to be dropped to 115 mph to drop a torpedo. The Devastators last saw action during 1942’s Battle of Midway.

Several aircraft were dispatched, but only four returned. With such flaws, the Devastators could not deal with either AA guns or Zeros from Japanese ships. All remaining Devastators were discharged from service immediately after this battle.

The He-177 Greif was Germany’s only long-range heavy bomber. It was remembered by many as one of the most problematic aircraft of the Second World War. The He 177’s introduction into combat missions was severely delayed due to both engine design issues and constant changes to its intended role.

Sadly, this plane was destined to fail from the start because the German Air Ministry’s 1938 requirements called for a heavy bomber that was capable of dive-bombing as well. The aircraft itself was a true engineering challenge.

It was most likely for this reason that they came up with the intriguing idea of pairing two engines to each propeller. During the first flight of the prototype, designers noted that the engine was overheating, and the flight stopped after just 12 minutes.

The system became so intricate that the engines overheated and eventually caught on fire. Surprisingly enough, the plane was still mass-produced, and over 1000 He-177 aircrafts had been built before production ceased in 1944.

Saunders-Roe Limited built the Saunders-Roe A36 Lerwick, a flying boat made in Britain. It was aimed to be of service in Royal Air Force Coastal Command alongside the Short Sunderland, but it had a design flaw, so only a few were built.

This aircraft had a bad service record with a high accident rate. Of the 21 Lerwick aircraft produced, 10 were lost in fatal crashes, and one was lost for unknown reasons.

Four Lerwicks were assigned to 240 Squadron in mid-1939, and by October of the same year, the squadron had abandoned them in favor of its older Saro flying boat.

Air Vice-Marshal Sholto Douglas recommended in December 1939 that the aircraft be scrapped, and Saunders-Roe be tasked with building Short Sunderlands, but the production change would have taken months. With the outbreak of World War II, aircraft were needed urgently.

The Lerwicks were once again being used in service. However, they were withdrawn and used in operational training before being scrapped in early 1943.

The Brewster SB2A Buccaneer was a scout or bomber aircraft with a single-engine built between 1942 and 1944 for the US Navy and the Royal Air Force. It was also provided to the US Marine Corps. and the Army Air Forces.

This plane was created especially for the US Navy and was also purchased in significant quantities by the Netherlands, France, and the United Kingdom government agencies.

However, orders were often canceled, and those delivered were scrapped before they could even be used.

The Buccaneer was inadequately powered and poorly built, making it useless in combat. All of its operators thought it was unfit for battle. Later, these aircraft were often used as target tugs, trainers, and as “hacks.”

Many of the finished planes were scrapped before they could be used. Historians consider this type of plane to be among the worst planes to have taken to the sky in World War II.

The LWS-6 Żubr is unquestionably the worst-looking plane of the Second World War. While appearances may not be everything, this Polish plane was also disappointing in almost all other ways.

It was a two-engine, medium-sized bomber manufactured by the LWS company before the war began, and a total of 15 of these aircraft were ever built, and for a good reason.

In its first demonstration flight in 1936, the prototype crashed and killed its crew. This was not, however, enough to keep it from being used. More of these planes were deployed, and it was discovered to be difficult to fly and unable to fulfill its role as a bomber.

This plane was relatively ineffective as it could not carry a lot of ammunition and would not have fared well in the war. It also had problematic undercarriages, which many crew members decided were better left locked.

During the German invasion of Poland in 1939, German ww2 bombers were able to destroy almost all of them with ease on the ground.

Theoretically, this Italian ground attack plane should have done an excellent job. The prototype had looked hopeful, but with the additional structural and operational machinery installed, the plane’s airframe became much too heavy.

Many could not make it off the ground. Unfortunately, when the Italians learned this, production was already well underway. Following a poor performance in France in 1940, the aircraft crashed and burned in Northern Africa.

The plane appeared to be overheating because of its sand filters, so it was removed from combat.

It was later demoted to a grounded decoy to safeguard airfields. While earning the title of the worst plane of World War II, it is surprising that it held the world record for speed over distance. 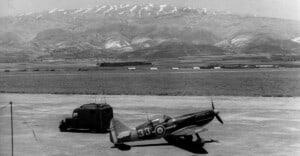 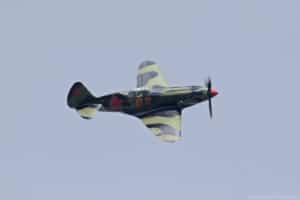 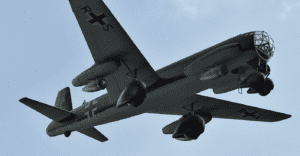 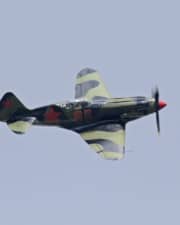 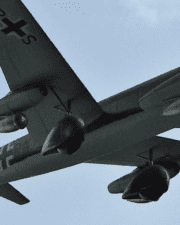