Trump University. Trump’s Atlantic City Taj Mahal. Trump Steaks. The New Jersey Generals USFL team, and eventually the whole USFL. A lot of Trump enterprises have come and gone – yet the story of one Trump airline “trumps” them all.

Oddly enough, much as size famously matters to Trump, Trump Shuttle at its max was much tinier than most major airlines – just 17 planes. Its timeframe of operation is also quite small, only existing from 1989 to 1992.

Even so, this was still the Trump Project – and everything Trump does (however you feel about him) casts a big (or “bigly”) shadow.

So, why did Trump Airlines fail, which airline “trumped Trump” by buying it out, and how, when, and why did it all happen?

In 1988, Eastern Airlines, one of the grand golden oldies of American air travel, was in dire straits. It had had a long history – one which even included a brief partnership with Disney – but those old glories were long past, and now it was on its last legs (or wings).

Enter Frank Lorenzo. If you care about aviation, especially through the late 70s through mid-90s, chances are you’ve heard his name before. He’s a key player in many deals from that era, but for now suffice it to say he was Eastern Airlines’ president – and met Trump at a party.

In October of 1988, Eastern Airlines filed for bankruptcy. The demise of Eastern Airlines is a longer story for another day. The airline would actually limp on until 1991, but as an October 6th New York Times report states, Lorenzo and Trump began “tearing apart” the old company.

The article goes on to describe Lorenzo’s selling off key divisions of Eastern Airlines deal to “dismembering” the old company. The article mentions Trump’s deal for Eastern Airlines’ shuttles – described as “the airline’s crown jewel” – to Trump for $365 million.

So, the groundwork for Trump Shuttle was laid – but what was it, exactly?

Well, think of those aforementioned Trump projects. However you view him personally or politically, business-wise Trump has always been about selling things that appear ritzy and glitzy. Whether it’s a golden wand or a golden Sharpie, Trump defies Polonius’ advice to Laertes: “Rich, not gaudy.”

Rich and gaudy, with extra gold and champagne somehow sprinkled in – that’s the Trump brand.

That’s exactly how he sold Trump Shuttle. A June 25, 1989 New York Times article describes Trump as “never us[ing] a comparative where a superlative will do,” a personality trait that’s remained constant and speaks to that adjective-heavy glitz-it-up approach.

Those adjectives and superlatives rain down throughout the article. Trump vows to create ”the best transportation system of any kind in the entire world” and “vows to turn his shuttle into a ‘diamond.’”

The article also hints at one of two problems Trump Shuttle faced even before it was born – labor issues and the decline of the shuttle.

Labor’s wrestling with an immovable Lorenzo helped tear apart Eastern Airlines, and while the article claims “a mystique had developed around the shuttle” pre-strike, by 1989 much of that former luster was gone. Still, the article states Trump was confident “his name” would bring people flocking to Trump Shuttle.

Whether they did or not (spoiler: not really) what was it actually like to fly Trump Shuttle? Did it live up to Trump’s ambition of it being like flying in a “diamond?”

Well, maybe a cubic zirconia, albeit a highly polished one.

Barbara Peterson did a March 2017 piece in Condé Nast Traveler on her experience with Trump Shuttle, describing it as “like having the 21 Club cater a Greyhound bus trip.”

That’s in part because of a fatal flaw in Trump Shuttle right from the start – how incredibly short its routes were.

Trump wanted a “diamond,” but after all, diamonds take eons to form, and take skilled cutters quite a long time to cut, shape, and polish. Likewise, luxury airlines typically have hours in which to space out those luxurious services.

By contrast, Trump Shuttle’s routes were incredibly short (think New York to Washington), hence the “shuttle” moniker rather than “airline.”

However, that didn’t stop the experience from becoming the kind of excess express any Trump travel project would’ve been destined to be.

Complimentary bagel breakfasts and cocktails in the evening, “chicken Caesar salad” and “chardonnay” – the picture Peterson paints certainly is a ritzy one, however abbreviated. After all, food takes time to prepare, so just as all that great food would arrive, it’d already be almost time to land.

Still, Peterson paints a picture of an ambitiously luxurious plane ride – just not one you could really enjoy for very long. In that way, Trump Shuttle was almost like an amusement park ride – doubly amusing given Eastern Airlines’ aforementioned Disney connection. It was definitely ambition-heavy.

Many of these ambitions, however, turned out to be major design flaws of Trump’s own making.

Remember those marble sinks? Yeah, they were weighing the planes down (kind of important to keep in mind for something that needs to fly) so they had to use faux-marble instead.

Still, at least the flight attendants didn’t have their jobs threatened. All that luxury added up pretty quickly, so Trump tried to cut back on “cockpit crew.” He had to be reminded this is, of course, in violation of FAA regulations.

Some of that cost came from the fact that, opulent as Trump may have envisioned the interiors, the planes themselves were badly-aging Boeing 727s. Trump did, in fairness, put roughly $1 million into refurbishing each of the planes he bought.

Even so, Trump may have overpaid, and vastly so – by as much as $65 million by some estimates.

To recoup money, Trump decided to try and take out a rival – Pan Am.

Taking on Pan Am

The old legendary airline was having its own heavy problems by the late-80s, was the closest rival in shuttle service, and Trump thought he could take them on, and maybe even take them out, with some choice words.

Company associates cautioned him otherwise, but still Trump blasted their fleet as being old and riddled with safety issues despite not having any evidence to back that up.

That said, while Trump poured in cash to gold-and-glam-ify his planes’ appearance, in reality they were a $365 million liability waiting to happen.

On August 25, 1989, shortly after the launch of Trump Shuttle, one of those antiquated 727s showed their age as the nose gear failed to deploy, landing in a shower of sparks at Boston’s Logan Airport.

According to Bruce Nobles, President of Trump Shuttle, in a 2019 New York Times retrospective on the incident 30 years later, what “terrified” Trump most was the image of “an airplane burning on the runway with his name splashed across it.”

Trump’s response to the issue was typically Trumpian. He flew on the next Trump Shuttle to Boston to try and cool the media inferno while continuing to blast his rivals.

Pan Am Fights Back

Pan Am, meanwhile, blasted right back. As noted in the September 18, 1989 Washington Post, Pan Am ran an ad featuring the top-hatted Moneybags character from Monopoly, with a sly dig at Trump, asking “On which shuttle” you might find “the world’s most famous investor in real estate?”

To be fair, Trump Shuttle, if still not making money, was at least making up ground.

That same month, Pan Am itself admitted that Trump Shuttle had taken at least 40% of the shuttle market (Trump, as is his wont, claimed a higher figure, 50%). Either way, for a service with so many huge flaws and a crash just months into operation, it was a victory.

But it was also a Pyrrhic victory. A retrospective on Trump’s Inauguration Day in Airways recalled how, despite the battle for consumers between Trump Shuttle and Pan Am’s shuttle division, by late 1989 those consumers were already quickly vanishing.

4. 1990: The Gulf War and Financial Difficulties

The early 90s were a rough time for several airlines, and the Gulf War was a major reason why. The invasion of Kuwait resulted in oil embargoes from Arab states to the United States, driving up the price for companies like airlines.

For all its style, Trump Shuttle was in substantially poor shape financially-speaking by 1990. The company had yet to turn a profit (and never would). The oil embargo, thus, tightened costs on a company already facing a squeeze, yet paradoxically claiming to offer an expansively-luxurious experience.

The higher oil prices also meant that people were reconsidering the way they traveled. Think about it – if you’re only traveling as far as the distance between New York and Washington, would you rather pay more for shuttles, or less for busses, subways, trains, and so on?

Enough consumers chose the latter that the shuttle industry as a whole was in dire straits by mid-1990. Not only was Trump Shuttle no exception but, again, because it had never drawn a profit, it had even less margin for losses than competitors.

There was more at stake for Trump than simply his shuttle business. The Trump Fortune itself was at stake. While Trump’s financial records are notoriously slippery, we now know Trump personally owed at least $135 million of his own money to creditors due to this venture.

What’s more, this was just for Trump Shuttle. Again, other Trump enterprises have come and gone, and so debts were piling up in other places as well.

Trump’s aforementioned foray into Atlantic City casinos was going poorly as well. He narrowly escaped bankruptcy via a $65 million arrangement with bankers that gave creditors to whom he was in debt massive control.

Pan Am would go under in December 1991. Trump Shuttle – and perhaps Trump’s very fortune – faced the same economic guillotine.

By this point Trump Shuttle was long past the point of salvaging. As such, Trump needed to find a buyer.

Unfortunately, he had not made this easy on himself.

After all, he had bought a fleet of 21 antiquated planes which were best suited to the shuttle industry, which was now all but extinct. To add insult to injury, a sale would likely involve stripping away those interior luxuries for retrofitting to a more salient airline’s established aesthetic.

Between the limited market for these planes and the bad industry Trump’s attacks on Pan Am had earned, he wasn’t in the best position to make a deal.

Nevertheless, as detailed in an April 16, 1991 New York Times article, a deal seemed to have been reached between Trump, Northwest Airlines, and Citicorp (Trump’s biggest lender at the time).

The article also hints at just how important the deal was to Trump, and how vast his debts were at that time – “nearly a billion dollars in personally guaranteed loans.”

However, by August, a mixture of union disagreements and Trump’s demands led to the deal falling through.

Once again, Trump needed a buyer, and once again, someone stepped up.

So, finally, who bought Trump shuttle?

USAir announced they had reached a three-way agreement with Trump and Citicorp.

USAir got the assets, the bank recouped money, and as part of the arrangement, Trump was bailed out of personal responsibility for debts and loans on Trump Shuttle, helping him plug the fountain of red ink, which had bled from the company since its inception.

When did Trump airlines shut down?

The world’s most Trumpian shuttle service officially ceased to exist on April 7, 1992. 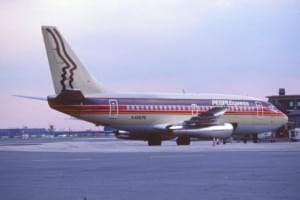 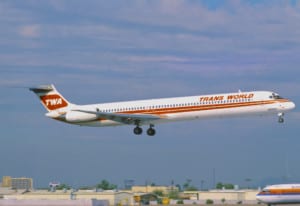 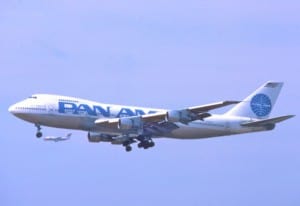 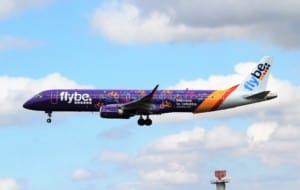 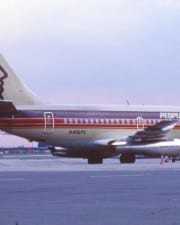 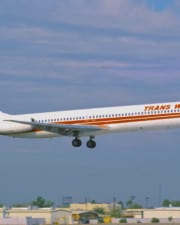 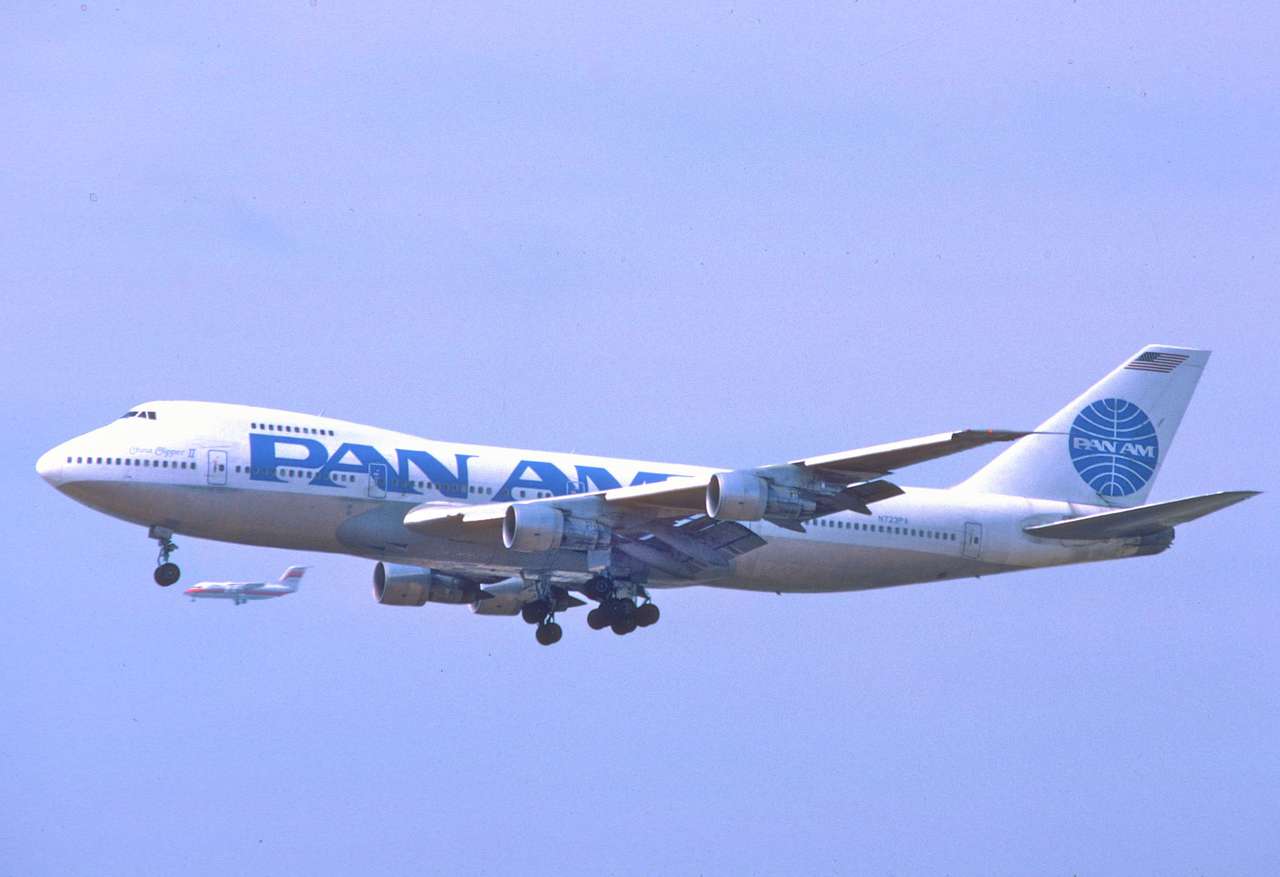 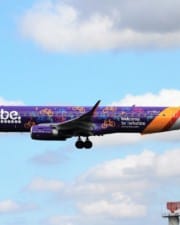