John F. Kennedy and Lyndon Baines Johnson were the first two Presidents to “share” Air Force One, albeit for reasons neither one of them would have wished.

After JFK’s assassination in Dallas on November 22nd, 1963, LBJ became the first President to be sworn in aboard an airplane.

Here are a few further facts about this moment of tragedy aboard a Presidential plane, as well as several more notable facts about US Presidents and Air Force One.

Also read who was the first U.S. president to fly?

1. LBJ Is Sworn in Post-Assassination

Robert F. Kennedy and LBJ famously butted heads quite often, but in this case they were in agreement that LBJ should be sworn in before he left Dallas.

The only president sworn into office by a woman

The moment wasn’t just the first time the inauguration took place aboard an airplane, but the first and to date only time the oath of office was administered by a woman, a federal judge named Sarah T. Hughes. Instead of a Bible, an onboard missal was used.

JFK’s casket, meanwhile, was transported via the cargo hold.

The photo also shows Jackie Kennedy bravely and tragically standing beside LBJ while he takes the oath of office. She is facing away from the camera as to hide the blood stains on her pink Chanel suit.

We need to include a happier story of Jackie Kennedy and Air Force One, and this is a great one.

Jackie Kennedy is undeniably one of the most iconic First Ladies in history. Intelligent, poised, equal to Jack, and an absolute trendsetter, Jackie Kennedy was one of the great First Lady Fashionistas – and it shows to this day in her redesign of Air Force One.

In 1962, the Kennedys became the first First Family to ride aboard a jet designed specifically for Presidential use, the VC-137 SAM 26000. It was originally meant to feature a far more garish color scheme, until famed French designer Raymond Loewry called the proposed scarlet-heavy design “gaudy.”

Jackie Kennedy, having famously good taste, hired Loewry to redesign the look of Air Force One. Between her role in redesigning the plane’s look and her penchant for incorporating understated yet elegant light blues into her ensembles, the color quickly became associated with her.

To this day, the iconic light blue paint job is called “Jackie Kennedy Blue” – even by Donald Trump, who hates the color and wants to replace it. With the new Air Force Ones not set to debut until 2024, however, we’ll see what Trump (or a potential successor) does.

For now, however, the classic Jackie Kennedy Blue on Air Force One is here to stay.

3. A White House in the Sky

Air Force One is considered the most secure plane in the world. In the event of a nuclear war or similar catastrophe, it is outfitted to serve as a mobile White House in the sky.

That security was put to the test on 9/11, when George W. Bush took calls and directed response efforts from Air Force One in the immediate aftermath of the event.

George H.W. Bush was the first President to fly with the current model, a heavily modified Boeing 747-200B VC-25A, in 1990. The current fleet is due to be replaced in a few years with new Boeing models.

Air Force one is massive. It has 4,000 sqft worth of interior space, affording a ton of space for the President and their staff as well as the press corps flying with the President.

It includes a conference room, allowing the President to receive briefings with state of the art technology. In case of a war or other incident in which it is considered to be too unsafe to land, the plane can be refueled midair.

To avoid the kind of catastrophes seen in films like Air Force One from becoming a reality, the plane is outfitted with hidden onboard electronic jamming equipment.

It can also fire flares, whose heat signatures can divert heat-seeking missiles away from the craft.

The entire flight, as well as the transportation of the President to and from the aircraft, is regarded as a military operation.

The model previous to the current one was the SAM 27000, which served five Presidents: Nixon, Ford, Carter, Reagan, and Bush 41.

Of these, Ronald Reagan was by far the most frequent flyer, flying more and further than the others who flew aboard this model, logging more than 675,000 miles in the air over the course of his Presidency.

On the one hand, part of that is just down to the turbulence of Presidential politics in that time, as Reagan was the only one of those five Presidents to serve two full terms.

At the same time, Reagan’s statistics are also helped by some pretty long flights. As President aboard the SAM 27000, Reagan took 12 trips outside the Western Hemisphere, including three flights to Asia and his summit meetings with Soviet Premiere Mikhail Gorbachev in Reykjavík and Geneva.

However, the all-time air mileage leader among Presidents aboard Air Force One is by far Obama. He logged more than 1.1 million miles in the air, visiting 49 countries along the way.

A Presidential visit is a huge sign of respect and can be a diplomatic watershed.

Just look at Nixon going to China in 1972, the first President to do so, opening relations with one of the most enigmatic regimes in the world at the time. He was also the first to fly to the Soviet Union/Russia aboard Air Force One that same year.

Meanwhile, during Obama’s attempt to thaw relations with Cuba, he became the first President to fly to Cuba aboard Air Force One in 2016, and the first to visit the country since Fidel Castro’s coup in 1959. 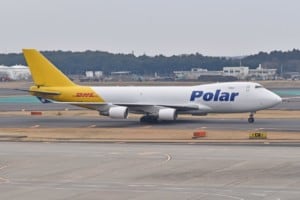 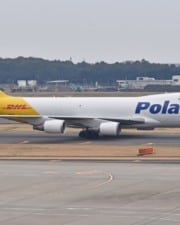