Aviation is full of jargon and technical terms. In some cases, acronyms and “alphabet soup” make even the most straightforward concepts cloudy with confusion. Other times, everyday words are used in new and unexpected ways.

In aviation, “retard” is a command to reduce the throttle position. It is used throughout the industry but is especially noteworthy in Airbus aircraft. These highly-automated planes make aural callouts based on the aircraft’s radar altitude, including one telling the pilot to retard the thrust levers on their final approach to landing.

When first heard from the jump seat or in a simulator, the Airbus call out of “50…40…30…20…RETARD, RETARD” can sound a bit odd. Numerous jokes have popped up. After all, who would want to fly a plane that insults its pilot?

The Merriam-Webster Dictionary defines the verb retard as “to delay or impede the development or progress of…to slow up, especially by preventing or hindering advance or accomplishment. For example, chemicals are used to retard the spread of fire.”

In the example of an aircraft, the thrust levers are moved aft to retard the power produced by the engines.

The Airbus computers are reminding the pilot to move the thrust levers to their idle detent. Why does the pilot need to be reminded? Because it is REALLY important, and it’s a little different from how other airplanes are flown.

The word is not only associated with Airbus aircraft, however. The verb is used throughout industry publications and training to describe the action of reducing power.

Often, mechanical throttles found in small aircraft use the terminology open and close, to describe the actions of controlling the butterfly valve inside the carburetor. When the throttle is advanced, or opened, the butterfly valve allows the maximum amount of fuel and air into the cylinders. When the throttle is closed, or retarded, the amount of fuel and air is reduced, and power decreases.

The use of open and closed is related only to reciprocating engines, however. On jet-powered aircraft, thrust lever position is usually advanced or reduced. But “reduce” is a vague term. By the time a pilot get to the flight deck of an airliner, he or she has many hours under their belt. When told to retard power, their hands will fly to the power levers, because that word has been associated in their minds to the throttle position.

Laypeople and aviation outsiders, on the other hand, will wonder how on earth such an abnormal callout every came to be automated into the cockpit of some of the world’s most advanced airliners.

Autothrottle technology has been around in jetliners and corporate airplanes since the 1950s. An autothrottle is an automated technology designed to make the pilot’s job easier and to increase safety. By setting the throttles or power levers to max takeoff, the system will deliver the maximum thrust without the pilots fussing over power settings. Likewise, the system will optimize power settings for every phase of flight, like climb and cruise.

Autothrottle technology uses the aircraft’s angle of attack to choose an appropriate amount of power to maintain specific airspeeds. As the pilot commands a pitch up to climb or banks into a turn, the autothrottle system automatically commands more power to the engines. The final airspeed should remain constant. When approaching a runway in gusty conditions, an autothrottle system makes many small power corrections and maintains airspeeds far more consistently than a human pilot can.

One of the greatest benefits of the technology is that it adds a fourth dimension to autopilot systems. Most small aircraft only have roll and pitch control. Larger planes include yaw control. A plane with autothrottles can easily incorporate power or speed control. On most equipped airplanes, the desired airspeed is selected into the autopilot, just like altitude or heading is.

Autothrottles come in two variants, front-driven or back-driven. Back-driven systems set power based on thrust lever positioning. The levers move via servos when the system makes power settings. In front-driven systems, the power levers’ physical position does not correspond to how much power the engines are making. The levers do not move as the system adds or reduces power.

Read more about the history and advantages of autothrottle technology from Flying Magazine.

Pilots must learn to use and to listen to all available resources. Over the decades, the procedures and techniques that pilots use to work together in cramped flight decks have been polished and perfected. While every operator may do things a little differently, crew resource management (CRM) is the set of skills that all pilots must develop to share responsibility in the cockpit.

There are many sides to the CRM equation, but briefings and callouts are some of the most visible. At all times on the flight deck, there is a designated pilot flying (PF), while the other pilot is the pilot monitoring (PM), or sometimes called the pilot not flying (PNF). Ideally, the PF is doing all of the actual hands-on flying or controlling and monitoring of the autopilot.

The PM’s job is to set up all instrumentation, communications, and automation for the PF to do his job with as few distractions as possible. In doing so, the PM shall brief the PF on what has been done and what is coming up.

Briefings provide a standardized way for the PM to describe the procedures. As succinctly as possible, the PM tells the PF what to look at and when. In the example of an instrument approach procedure, the PM will review the approach plates with the PF and describe how the aircraft is going to fly the approach.

Callouts serve a similar function in that they keep everyone on the flight deck focused on the essential items during critical phases of flight. On takeoff, the pilot monitoring should be carefully monitoring the airspeed and should call out V1, V2, and rotation speeds. These speeds are previously calculated and agreed upon before commencing the takeoff roll, but the pilot flying might be distracted and focused on another task, like fighting a crosswind.

Having the PM make these callouts ensures that each pilot on board knows exactly what the plan is at each point. These critical airspeeds benchmark the flight profile, and the plan of action should anything go wrong. By having two pilots on board, they can divide their attention and accomplish more as a whole than either one can do individually.

Automation has taken over some callouts for us. Aural, or sound, alerts are used in some advanced avionics systems to grab the attention of those on the flight deck. Ground proximity warning systems (GPWS), for example, use radar altimeter to measure height above ground. Their emergency aural callout when they detect low altitude is usually, “Pull up, pull up!”

Most large aircraft use their radar altimeters to trigger callouts for low altitude. This is especially useful on instrument approaches when they can count down the aircraft’s height above ground level altitude.

This is an explanatory description of crew resource management to illustrate the importance of callouts and briefings. Actual CRM skills vary slightly from company to company and is an integral part of pilot training at the airline or air charter operator level.

The importance of the RETARD aural alert in Airbus aircraft is an important case study in why knowing the systems of the aircraft is vital knowledge for pilots.

The engine system in the Airbus A320 uses FADEC, or full authority digital engine control technology. The system’s computers analyze various engine sensors and pilot commands to determine the appropriate thrust settings for various parts of flight. This system integrates the use of front-driven autothrottles.

Airbus decided to include the throttle RETARD aural alert for a few reasons. Unlike aircraft that use back-driven autothrottles, the Airbus thrust levers do not change position on their own. The FADEC system sets the engine power as required, but there are no servos to move the levers. The levers have certain detents built-in. During most of the flight, the power is set to the CL/A-THR (climb/autothrottle) detent.

The computer is often changing the power setting during the flight to maintain airspeed. But the throttle position also provides a signal to the automated flight systems to cue other features, like auto braking and air spoilers, the movement of the throttle is critical for a safe landing.

Also, since the throttle setting is left at “climb” until just before the landing flare, if the throttle position is not changed, then the auto-throttle may assume incorrectly that the pilot desires to initiate a climb. Any additional power at this critical time would cause the aircraft to float on the runway and prolong the landing roll.

Boeing Tells You To Retard Too

As stated before, “retard” is a standard phraseology used across the aviation industry. And lest you think this is an Airbus only discussion, Boeing aircraft also features a RETARD annunciation, although it is visual and not aural.

On a Boeing FMA (flight mode annunciator), RETARD is shown when the autothrottle system is commanding a reduction of power. In these planes, you can then watch the thrust levers move aft, since they are equipped with back-driven autothrottles. 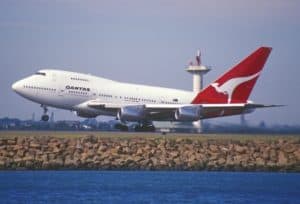 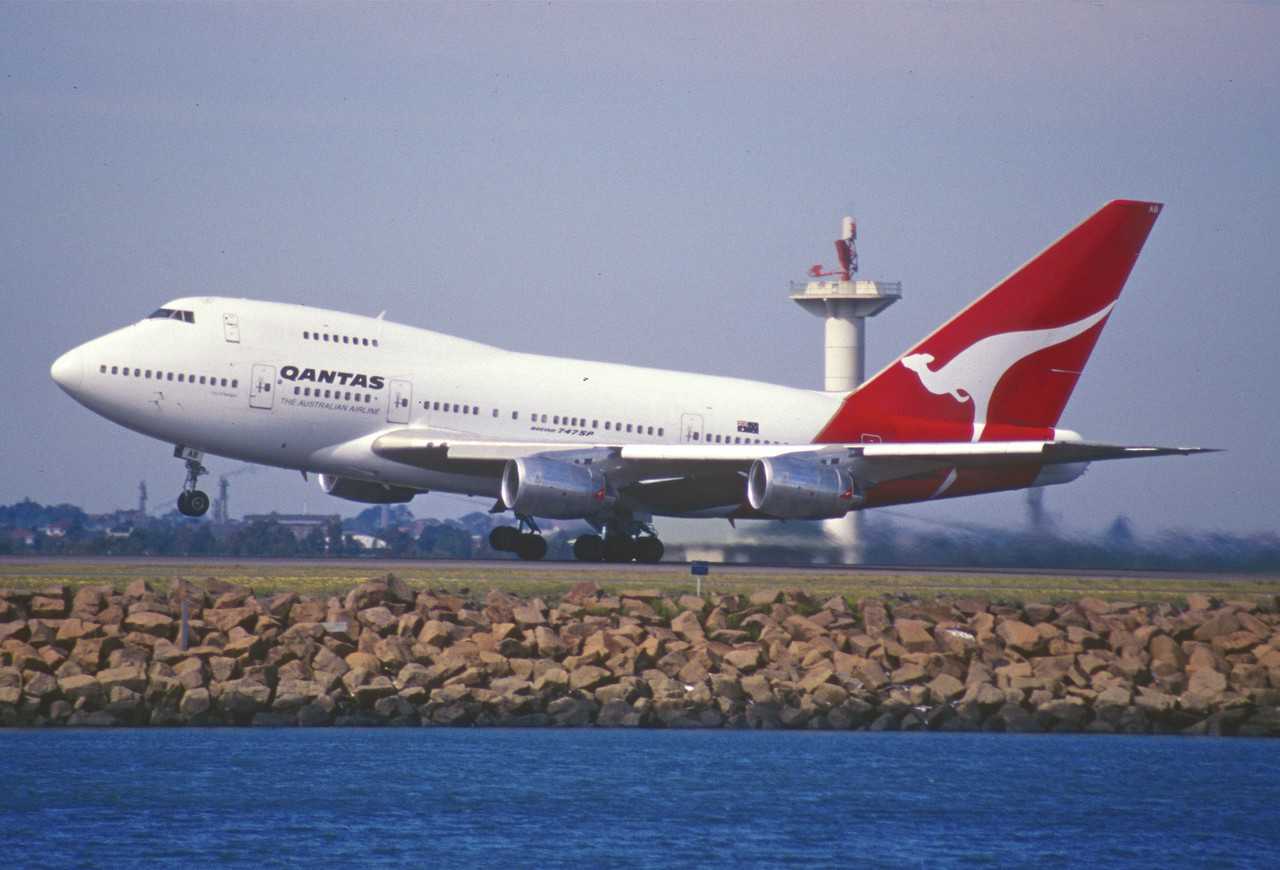