Here is what you need to know about how old pilots can be. However, the most important thing to know is that if you’ve always dreamed of having a pilot’s license but are worried that you’re too old, it’s never too late to take to the skies.

How Old Do You Have to Be to Get a Pilot’s License?

There is no maximum age when the FAA will revoke your pilot’s license. Many pilots who fly for sport fly well into their 70s and 80s if they trust their judgment enough to continue flying. Some pilots continue flying for work at that age if they work for private taxi companies or other sectors of the aviation industry.

How Old Do You Have to Be to Become an Airline Pilot?

As you might expect, the rules around flying a commercial jet are much stricter than they are for just taking a personal Cessna into the air. A person has to be at least 23 years old to get an Airline Transport Pilot License, the license that equips pilots to fly commercially.

There is a junior form of this license, the Restricted Airline Transport Pilot License, which lovers of aviation can get as young as 21. However, this license only equips its holder to be a first officer or co-pilot on a flight, never the main pilot or fly solo. It is a great way for someone to get the necessary experience before going for the full ATPL.

Is There a Maximum Age for Airline Pilots?

This regulation does not just apply to the United States. The International Civil Aviation Organization, a branch of the United Nations that governs international flight, sets a standard limit of 65 years for retirement age for pilots. Countries have to apply for exemptions.

The ICAO also sets out regulations for pilots between 60 and 65 who still want to fly commercially. These pilots have to renew their medical certificates every six months, while younger pilots only have to go to their mandatory medical visit once a year. Pilots who are over 60 have to fly with a co-pilot who is below that age at all times.

Why Do Airline Pilots Have a Maximum Age?

There are a few reasons why commercial airlines have a maximum age for their pilots. Most of them have to do with safety. As people age, they are more prone to physical problems such as fatigue, declining vision, and high blood pressure that impacts their ability to fly. If a medical examiner uncovers problems, a pilot can be forced to retire even before 65.

Besides physical decline, people lose some of their mental acuity as they age. This includes important factors such as reaction time, fine motor coordination, memory, and more. While the cognitive decline is usually not severe enough at 65 to impact a pilot’s quality of life, it can impact how the pilot will respond in an emergency.

The reason why commercial airlines are much stricter than private companies or the FAA governing bureau for private licenses is that the stakes are much higher. If an older pilot crashes while flying a private plane, it is a tragic loss. However, an older pilot crashing a commercial plane due to a slow reaction time in an emergency potentially endangers hundreds of lives.

However, as technology makes it easier for older pilots to fly and as medical advancements halt aging and decline, these rules may change at some point in the future. 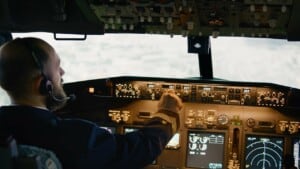 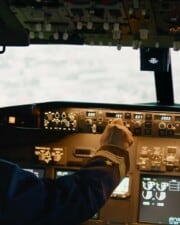