Aerodynamics involves the study of airflow, and we often think of the air moving over the wing to make lift or the drag produced by air moving over the fuselage. But it also looks at the airflow around the whole airplane, and sometimes that changes during flight.

Ground effect refers to the change in the airflow around the wing when it is very near the surface. At altitude, air can move freely up and over the wing and then down and behind the wing. But there is no space for that up and down motion when near the ground. While it might seem small, the changes in flight characteristics this produces are essential for a pilot to understand.

What is Meant by Ground Effect?

Technically, ground effect refers to the change in airflow around the wing when flying near the ground.

In practice, however, pilots worry more about how it affects the plane’s operating characteristics.

At altitude and out of ground effect, the airflow patterns around a wing are more three-dimensional than you might think.

We know that air is accelerated over the top of the wing, but it also accelerates aft of the wing and downward. The air being pulled up and over the wing comes from below, and that flow is continued after.

This three-dimensional image can be described as upwash (the air traveling upward in front of the wing) and downwash (the air being forced downward after the wing).

When near the ground, there isn’t enough space for the regular upwash and downwash—the ground is in the way. So instead, these two features flatten out a bit.

That flattening changes the relative wind on the wing, which changes the amount of induced drag. It also affects how wingtip vortices form off the wings’ ends.

These factors combine to reduce the amount of drag the wing is making. Since a reduction in drag is good for performance, the plane performs better when in ground effect.

Let’s look at how ground effect affects a pilot on a typical flight.

How high do you have to be to be out of ground effect? The effect is felt exponentially, so the closer the ground, the more pronounced it is. Ground effect is negligible once the wings are above one wingspan off the ground. In a typical small airplane, this is about 30 feet.

There aren’t many times an aircraft is operated that low. For practical purposes, takeoff and landing are the only times pilots need to think about it.

Is Ground Effect Felt on Takeoff?

The drag reduction and the extra efficiency of lift created in the ground effect can be considered a performance boost. When taking off, you have that extra performance right after you lift off, but not for long.

That means it’s possible to get an aircraft airborne and flying at lower speeds and with less power than you would otherwise need.

So if a pilot was unaware of the significance of ground effect during takeoff, they might rotate too soon, at too slow an airspeed. The plane might get off the ground and begin climbing.

But once out of ground effect, the drag will increase and that little bit of extra performance will be gone. As a result, the plane could settle back down onto the runway. Or worse, it could stall dramatically.

What is Ground Effect When Landing?

When landing, the opposite is true. The boost in performance gets added once the plane is close to the runway.

Pilots describe ground effect when landing as a cushion of air that keeps the airplane floating down the runway. And floating is exactly what it is called when it happens.

You see, if the pilot comes in with a little bit too much airspeed, the plane will have too much momentum. So the goal of a good flare to landing is to manage the plane’s momentum so that it settles onto the runway.

A little bit of floating on landing is not a big deal. It’s usually cured by allowing the plane’s momentum to bleed off. If there’s plenty of runway ahead, it just means a long landing.

In situations where runway space is limited, floating cannot be allowed to happen. If the pilot botched the landing with too much airspeed, they should abandon the landing attempt and go around. (A go-around means that the pilot adds power and takes off again, ready to come back to the runway for another attempt at a landing.)

Using Ground Effect To Our Advantage

Ground effect isn’t a bad thing—it’s just something a pilot needs to know will happen. There are actually a few cool ways that pilots and aircraft designers can use this little physics trick.

During private pilot training, every student is taught to use ground effect to their benefit. It’s a helpful tool should they ever operate out of a dirt or grass runway.

On unimproved airstrips, the surface condition under the tires has dramatic effects on airplane performance. For example, tall grass or soft mud can add hundreds of feet to a takeoff roll. And, of course, these kinds of airstrips are often the shortest ones around.

To make it work, pilots force the airplane off the ground as soon as possible. Thanks to ground effect, this means the plane can become airborne well under the typical Vr rotation speed.

But to avoid settling back to the runway or stalling, the plane is leveled off just above the airstrip. It is flown there, in ground effect, until it accelerates to a safe airspeed for the climb out—usually Vx (best angle of climb) or Vy (best rate of climb).

There’s a whole category of vessels designed to operate in ground effect their entire lives. They’re an interesting hybrid between an aircraft and a boat.

Like a seaplane, the ground-effect vehicle is accelerated for takeoff. To break the surface tension of the water, its hull must be designed to allow it to get on step, just like a seaplane.

Once it is flying, the craft is not capable of free flight. So like a boat or a ship, the ground-effect vehicle is limited to ocean operations.

The two countries most associated with the ground-effect vehicle are Germany and Russia. In Russia, such craft are called ekranoplans.

One of the best-known ekranoplan was dubbed the Caspian Sea Monster. The Lun-class ekranoplan prototype, now over 30 years old, was recently moved to a museum in Derbent, Dagestan.

While none of these designs have yet found wide success, there is hope that this technology could be used in place of fast ocean-going passenger ferries one day. These craft operate quicker than fast ships and more efficiently than traditional aircraft. 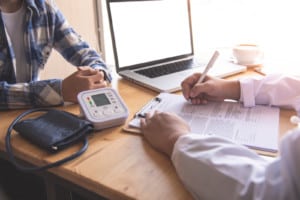 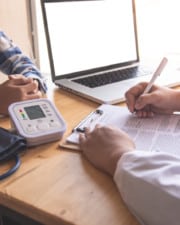