Antarctica is one of the few remaining places on earth where visitors can completely switch off from the stresses and strains of modern-day living and fully immerse themselves in its serene icy splendor. Yet, while most believe that only scientists can visit Antarctica – that is simply not true!

Civilians can visit Antarctica without a visa as it is not a country. However, the region is managed and protected via an Antarctic Treaty, which limits the number of tourists traveling to Antarctica each year. Citizens from countries who have signed the treaty need permission to travel there.

Why Are Civilians Allowed To Travel To Antarctica?

The great news is that traveling to Antarctica has never been more accessible than it is right now, mainly because they don’t need visas to explore the region. In fact, over 55,000 civilians traveled to Antarctica between 2019 and 2020, so it’s becoming increasingly popular!

So, how is it possible that visitors don’t need visas? The simple answer is that Antarctica is not technically a country as it is a preserved and politically neutral continent that may only be used for scientific research or peaceful purposes. So, yes, it is an unusual state of affairs.

Antarctica is protected and preserved by the Antarctic Treaty, which currently has 54 co-signatory countries and ensures by various agreements that the sensitive region’s human activities and ecotourism is carefully managed to safeguard its fragile biodiversity.

Why Are Antarctica Tour Operators So Important?

Although civilian travelers don’t need visas to travel to Antarctica, they need a reputable tour operator with a valid permit to explore the region. Unfortunately, due to rigorous ecological requirements, Antarctica permits are not easy to obtain.

To protect the sensitive continent, all tour operators in Antarctica travel operators must submit permit applications that are strictly vetted each year. Once all their projected trips in Antarctica have been approved, a permit is issued.

Which Travel Documents Are Needed For Antarctica?

While visitors don’t need a passport or visa to enter Antarctica, they must apply for visas for the countries they will travel through, like Chile, Argentina, New Zealand, and Australia, on route to their destination.

Although, US citizens will not have to apply for visas to travel through any of the previously mentioned countries on their way to Antarctica if their passports are valid for six months following their trip.

However, all citizens of countries that co-signed the Antarctica Treaty, like the USA, Australia, New Zealand, Canada, and the EU, must obtain permission via their tour operators from their authorities before departure.

Since every country has its own visa requirements, it would be wise to verify whether travelers need visas on their way to Antarctica. Although visa processing agencies are ideal in that regard, they can also expedite visas if required.

Why Is Antarctica Such A Popular Travel Destination?

While traveling to Antarctica in its early heydays, when tour operators were not well prepared and exploring the region was a massive accomplishment, much has changed, and tour guides are far more knowledgeable about navigating the area.

However, while that is true, Antarctica is still one of the driest, coldest, and most windy terrains on earth, without any long-term inhabitants, shops, currencies, trees, or bushes. Although the region is dotted with meteorites, it is one of the wildest places on earth!

And due to the public’s heightened awareness of the importance of climate change, the International Association of Antarctica Tour Operators has stated that tourism rates doubled between 2010 and 2020, and this trend is only likely to continue.

What Is The Best Way To Travel To Antarctica?

Although there are various ways to travel to Antarctica, one of the most popular routes is traveling on a ship from Ushuaia on the southern tip of Argentina.

There are several leading Antarctic tour operators in that region to choose from, like Intrepid Travel and G Adventures, to mention but a few, that offer cruises that range between 9 and 24 days long at various price points.

Smaller cruise boats with less than 200 passengers are advantageous compared to bigger ships as they are permitted to stop at more picturesque sites where larger cruisers are not allowed to stop.

These cruises are enjoyable as fellow passengers include historians, naturalists, underwater specialists, and leading scientists. In addition, because internet satellite fees are so expensive on board, most passengers have plenty of time to chat onboard.

What Does It Cost To Travel To Antarctica?

Traveling to Antarctica can be incredibly expensive, with average prices ranging from 6000-50,000 USD depending on the trip’s duration and the level of luxury. However, like with most things, there are cheaper alternatives to consider with their own advantages and disadvantages.

And several Antarctica tour operators don’t charge additional fees for single travelers, especially on sightseeing flights from Australian cities, which are far cheaper at roughly $1,200 per person as they don’t land on the continent.

Another more affordable option that includes stepping on the continent is to take an Antarctica21 trip which provides a two-hour flight departing from Chile and joining up with cruise ship passengers for a short while.

The Antartica21 trip does not include cruising through the legendary Drake Passage, which can sometimes be turbulent and uncomfortable. Nevertheless, it’s an excellent option for passengers who suffer from seasickness or have limited time.

What Is The Best Time To Travel To Antarctica?

The ideal time to travel to Antarctica is during the summer, from November until March, when average temperatures range between 20-50 degrees Fahrenheit, and far more pleasant compared to the harsh Antarctic winter seasons.

However, the most ideal time to see penguins when they are in prime condition is from the end of December until the beginning of January. Unfortunately, although they are still visible later, their colonies eventually become incredibly smelly and dirty, so viewing them is far less pleasant!

The prime whale spotting season is between February and March each year, when they frequent the area and are the most abundant.

Other fun activities during the Antarctica summer seasons for outdoor enthusiasts include kayaking, snowshoeing, camping, skiing, diving, snorkeling, and visiting historic sites that were inhabited by legendary adventures from previous expeditions.

Which Areas In Antarctica Are The Most Popular?

Most Antarctica cruises travel along the ice-free coastal zones as they are easier to navigate during the peak summer season from November until March.

Cruise ships mostly sail to the Antarctic Peninsula; however, certain tour operators include the Falkland Islands and South Georgia regions.

Although a limited amount of cruise ships also travel to the Ross Sea, Wendell Sea, and East Antarctica regions, including certain sub-Antarctic areas like Macquarie and Snares Islands.

What Should Civilians Pack For Antarctica Trips?

Travelers to Antarctica should be well-prepared for every eventuality, so here’s an essential packing list for the expedition: 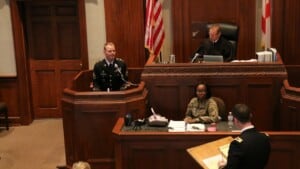 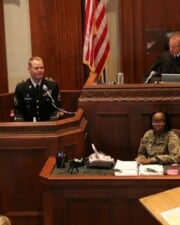