The Tupolev Tu-144 was designed by Tupolev as a Soviet supersonic passenger airliner and was the first commercial supersonic transport in the world. The aircraft performed its first flight in December 1968 and was operated from 1968 until 1999. 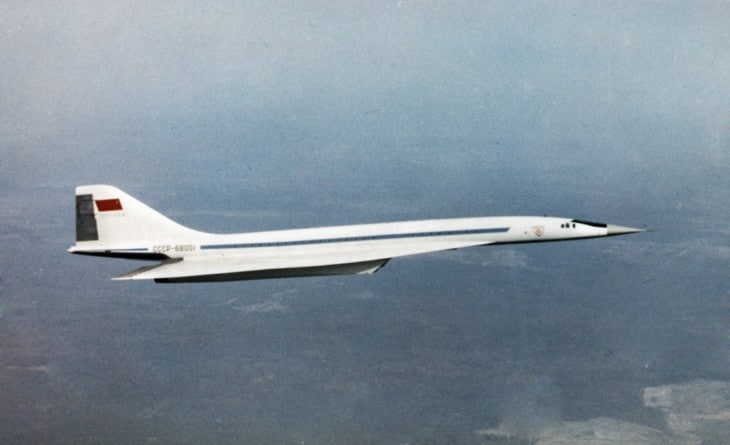 On December 31, 1968, the Tu-144 prototype took to the air for the first time from Zhukovsky Airport in Moscow, Russia. On June 5, 1969, the aircraft had its first supersonic flight and on May 26, 1970, it became the first commercial supersonic transport aircraft in the world.

On December 26, 1975, the Tu-144 was introduced to service with Aeroflot from Moscow to Almaty. In 1983, the Tu-144 program was canceled. The Tupolev Design Bureau developed the Tu-144 and sixteen were manufactured in Voronezh, Russia by the Voronezh Aircraft Production Association.

It performed 102 commercial flights with fifty-five passengers on board at 52,000 feet. The aircraft also served in the Soviet space program for training pilots of the Buran spaceplane, and also used for supersonic research by the US National Aeronautics and Space Administration (NASA) up to 1999.