The G700 is the newest aircraft of Gulfstream that brags the most spacious, flexible, and inventive cabin in the aviation industry, with high-thrust Rolls-Royce engines and the innovative Symmetry Flight Deck. It boasts high-speed advantage that will save valuable time of every passenger on board. 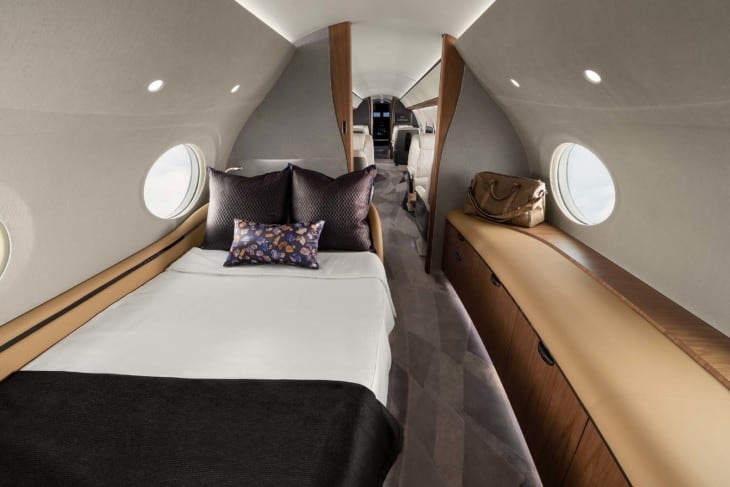 In October 2019, Gulfstream Aerospace introduced the newest G700 at the NBAA Business Aviation Convention & Exhibition (NBAA-BACE) in Los Angeles, California, with a video of the aircraft taxiing in Savannah. By this flight, the company marked the official announcement of the flight-test program. The said flight-test program already produced five flight-test units and a structural test article.

On the same month, Qatar Airways- one of the customers of Gulfstream ordered ten business jets to charter Qatar Executive.

Gulfstream Aerospace, a wholly owned subsidiary of General Dynamics completed the maiden flight of the G700 on February 14 2020. The aircraft took-off from Savannah Hilton Head International airport and continued flying for two hours and thirty-two minutes before it landed smoothly.

Gulfstream Aerospace is anticipated to dispatch the aircraft to its customers in 2022.

Gulfstream G700 has a low-wing monoplane design to make room for better visibility, which is derived from the G650. It has swept back wings with a span of 31.39 meters, and canted winglets to decrease turbulence at the tip of the wing.

The aircraft fuselage measures 33.48 meters in length and 7.75 meters in height.

The aircraft also features Enhanced Flight Vision System (EFVS) with dual head-up displays to have more access to the airport, and the Predictive Landing Performance System that calculates landing performance during descent by locating the runway and its condition.

The all-new Gulfstream cabin of G700 is the longest, widest and tallest cabin in its category. Often compared to Bombardier Global 7500, it is two feet longer and slightly higher and wider than its competitor. It has a length of 17.35 meters, width of 2.49 meters and height of 1.91 meters. Its baggage compartment has a storage volume of 5.52 cubic meters.

Its long stretch of cabin has five living areas which can be customized into a passenger lounge, crew compartment, dining room, conference room, and a master bedroom with shower. G700 cabin has the lowest cabin altitude in its category- it provides 100% fresh air and an ultimately quiet ambiance that is suitable for arranging meetings and even dining-in.

It can seat up to 19 passengers and can sleep up to 10. It also boasts a reliable high-speed connection- Jet ConneX Ka-band wifi at no additional charge, for a seamless in-flight connectivity for every passenger.

Gulfstream G700 is powered by two Rolls-Royce Pearl 700 engines. It has a maximum thrust of 18,250 lbf each and provides a 12% higher thrust-to-weight ratio and 5% higher fuel efficiency.

The Rolls-Royce Pearl 700 engines is developed exclusively for G700. It has the most efficient engine core among the industry with a brand-new four-stage low-pressure high-efficiency system that results in an 8% increase in take-off thrust.