The increase in drone activity in recent years has created an increase in privacy concerns. While many people are worried about neighbors spying on them, there is also concern about the use of drones in law enforcement. So, can police use drones to spy on citizens?

TLDR – Police in the United States, the United Kingdom, India, and likely additional countries use drones for a variety of law enforcement purposes. Police officers may use drones for search and rescue operations, crowd monitoring, and even surveillance, depending on local and state laws.

Can Police Use Drones in the United States?

Policies agencies in the United States are not prohibited from using drones. However, many states have passed legislation to limit the use of drones for law enforcement purposes. Eighteen states currently require law enforcement to obtain a search warrant to use drones for surveillance.

The Federal Aviation Administration (FAA) also currently prohibits anyone, including law enforcement, from attaching firearms or similar weapons to drones.

In 2013, Florida became the first state to pass drone-related legislation. The laws came after privacy advocates raised concerns about the use of drones by police and other government agencies.

What Do Police Use Drones for?

While some states require law enforcement to obtain warrants before using drones, most states allow police officers to use drones for a wide range of operations. The most common uses for drones in law enforcement include search and rescue, traffic collision reconstruction, active shooter investigations, crime scene analysis, and surveillance.

Current figures are not available, but in 2017, at least 347 US law enforcement agencies used drones. This was a 518% increase over the previous 24 months.

Search and rescue operations are the most common use of drones. Unmanned aircraft equipped with cameras provide a safer, more efficient way to search large sections of land in a shorter amount of time compared to the use of a helicopter.

Drones can safely navigate the airspace around mountains and other obstructions. When equipped with thermal cameras, drones can even spot people at night.

Some law enforcement agencies have used drones for traffic collision reconstruction. Police use 3D software and photos obtained by the drones to easily create 3D renderings of collisions.

Drones may have been employed by law enforcement agencies dealing with active shooter investigations. Using a drone allows police officers to scout an area and locate the shooter. Police officers may maintain a safe distance while deciding how to resolve the situation.

A camera-equipped drone may provide support for crime scene investigators. The photos obtained by the drone can help law enforcement professionals create a detailed map of a crime scene.

The use of drones by law enforcement for surveillance and crowd monitoring is controversial. Many critics worry that the use of drones may violate the rights of citizens. However, most states do not have laws that prohibit police from using drones for any purpose.

How Do You Tell If a Drone Is Spying on You?

Drones are often large enough to spot with the naked eye. The sound of the blades whirring may also give away their location. However, drones are not always visible, especially when flying a great distance from a property.

Some citizens use radars or radios to detect drones. A radar designed to spot drones can detect them up to several hundred feet away.

Researchers at Ben Gurion University in Israel also discovered how to spot drones by intercepting radio signals. Drones transmit data across radio waves, as with other electronic devices. Using software to intercept and scan the transmitted data allows users to determine if the drone is monitoring a specific location.

The radio and radar methods are not widely available to citizens. The best way to detect a drone without special equipment is to scan the sky for flying objects and lights, especially at night. Light or the reflection of light on the camera may give away the drone’s location.

Do Police Use Drones in Australia?

Police in Australia have used drones for a variety of purposes, as with police officers in the United States and the UK. The Western Australian police also announced plans to begin using drones to enforce social distancing.

The WA police force intends to deploy drones to parks, café strips, and beaches to ensure that people follow restrictions to combat the spread of the coronavirus.

Can a Drone See Inside Your Home?

Drones can see inside homes in the right conditions. First, the camera lens needs to have a line of sight to the inside of the house. If the camera is positioned downward or the drone is too high in the sky, it may not see through a window or open door.

The interior and exterior lighting also impacts the ability to see inside. During the daytime, the drone is more likely to record a reflection. At night, a drone could likely see through a window, especially if lights are on inside the house.

To see inside a home, a drone needs to remain relatively low to the ground. This increases the chances of the homeowner detecting the drone. However, several police agencies employ small hummingbird-sized drones for discreet surveillance.

Drones may also be equipped with thermal cameras and other sensors to detect movement inside homes.

Can a Drone Record Conversations?

Most drones are not equipped with a microphone to record audio. They typically only record and transmit video.

Recording audio from a drone is a difficult task due to environmental conditions and the distance from the target. A small microphone often needs to be within several meters of the subject. The wind and other background sounds may also drown out any sounds coming from the intended subject.

Despite the challenges, it is technically possible to equip a drone with a microphone and audio recording hardware. The drone would likely need a large long-range dish attached to a high-end microphone.

Can Police Use a Drone to Film Me in My Backyard?

Police are not restricted from flying drones over private properties. Unless the local or state laws prohibit flying a drone over a residential property, law enforcement and private citizens can legally fly drones over a house.

While flying a drone over private property is legal for law enforcement and citizens in most areas, the data obtained by the drone may not be used as evidence without a warrant.

If a backyard is enclosed with privacy fencing, the homeowner has a reasonable right to privacy. In most jurisdictions, filming from a drone in an enclosed backyard would be considered a violation of a citizen’s right to privacy.

Legal experts recommend that law enforcement professionals always obtain a warrant before using a drone for surveillance, even if the state does not have laws against it.

Courts have already ruled that police can use helicopters for surveillance when flying in the same airspace flown by private pilots. If a private citizen can fly over a property, the property owner does not have a reasonable right to privacy. However, a drone is not a helicopter.

Police can use drones to see things that the naked eye cannot. For example, the police may be able to get a better view by zooming in on specific areas of the property. To get a good view of the backyard, the drone would need to fly much lower than a manned aircraft can fly. 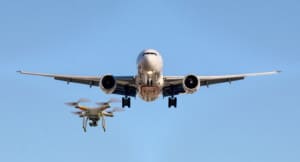 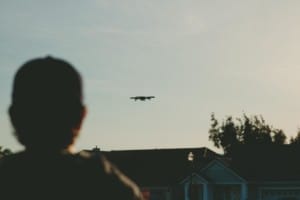 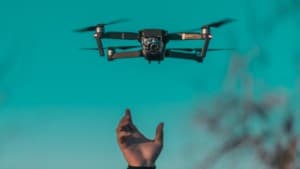 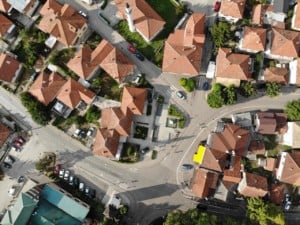 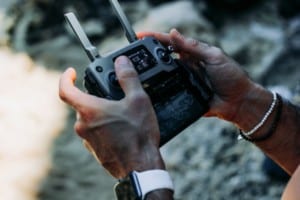 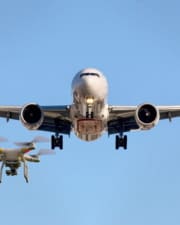 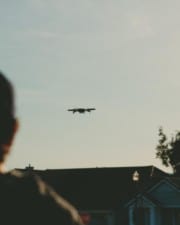 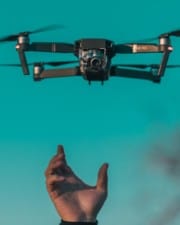 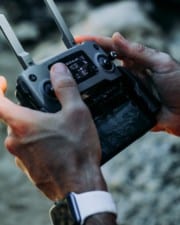