A flashbang, or stun grenade, produces a blinding flash of light and an intensely loud sound to disorient people. Flashbangs are also frequently used by law enforcement to disperse crowds. As flashbangs are considered non-lethal, you may assume that civilians can own flashbangs.

True flashbangs designed for the military and law enforcement are subject to strict regulations, making them difficult for citizens to obtain. Flashbangs are classified as dangerous devices and require special licensing and taxes. Approval is typically restricted to licensed manufacturers and importers.

Citizens can technically purchase a flashbang in the United States after completing the necessary licensing steps. However, flash bangs are not available on the standard commercial market. Flashbangs are sold and traded among collectors and pyrotechnic experts.

A flashbang (stun grenade) is a grenade designed to produce a bright flash and loud noise, stunning or disorienting people in the blast radius. Flashbangs were developed in the 1970s and used by the British Special Air Service.

The typical flashbang uses a magnesium-based charge that instantly releases a burst of light measured at 7 million candelas. A candela is a measurement of the intensity of light. A typical candle produces about 1 candela.

The bright light overloads the light receptors in the eyes, causing flash blindness. The blast also produces over 170 decibels of noise, which can cause temporary deafness and lasting tinnitus. While a flashbang is non-lethal, it can cause permanent damage to the eyes and ears. The US Government has classified flashbangs as dangerous devices, which are regulated under the Federal Firearms Act of 1934.

According to the act, citizens need to obtain a license to possess dangerous devices. The licensing process is comprehensive and requires a full background check. Due to the strict application process, the chance of a civilian obtaining a license for a flashbang is slim.

How Do You Get a License to Own a Flashbang?

The FELC only approves applications for eligible citizens. The eligibility requirements include:

Background checks and a review of the application are completed after the interview. The entire process may take about 90 days.

Can a Flashbang Grenade Kill Someone?

Between 2000 and 2015, at least 50 people were seriously injured or killed by flashbangs in the United States. Flashbangs are designed to produce a non-lethal blast. However, the blast can produce injuries and secondary effects that may lead to more serious consequences.

The initial blast creates shock waves that overwhelm the senses and may damage the eardrums. The shock waves may also damage or displace nearby objects, causing penetrating or blunt-force damage to people nearby.

The blast may also push people into other objects, such as vehicles or buildings, which could cause further injury or death in a crowded environment.

Where Can Civilians Buy Flashbangs?

Civilians who obtain the necessary licenses and permits can purchase flashbangs from manufacturers, importers, and dealers with the appropriate licenses. However, most civilians are unlikely to make it through the application process for a Federal Explosives License (FEL).

Several manufacturers produce flashbang-like devices for the consumer market. Civilians can legally purchase these devices, which are commonly used for simulations and tactical training.

For example, IWA International produces “distraction devices”. The device is a cardboard tube with a small charge and is classified as a pyrotechnic product. Distraction devices create a bright light and loud burst of sound but are not as powerful as authentic flashbangs.

A flashbang produces about 175 decibels of sound. The distraction devices from IWA International produce about 125 decibels, which is comparable to the sound produced by a jackhammer. 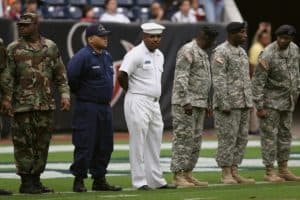 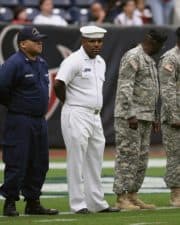