Frequent flyers are often torn between what’s better: the window or the aisle seat. However, few people stop to think about why planes have windows at all. What’s the point when you can’t open them for fresh air, and there’s usually not much to see outside except for during takeoff or landing?

It turns out that plane windows have a purpose beyond helping passengers deal with boredom. In an emergency, the windows let in enough light to see inside if the cabin lights fail and to survey any danger outside.

Hopefully, you will never have to use airplane windows for practical purposes during an evacuation. However, if you’re curious about the reasoning behind plane windows, read on to learn more.

How Do Plane Windows Help with Passenger Safety?

Almost all features in the design of airplanes are designed with passenger safety in mind. Airlines and aerospace engineers have the goal of protecting passengers in case of any emergency that you can think of.

Light is a factor that you probably don’t think about until you need to. However, if there is an emergency on board the plane and it suddenly becomes pitch black, you would feel the absence of light pretty quickly. Opening the plane windows would let in enough light for passengers to see and safely evacuate the plane even if the engine fails and the cabin lights go out.

Having a source of natural light on board the plane is also useful because it helps passengers and crew adjust to light conditions outside. It takes time for people’s pupils to adjust when transitioning from light to dark and vice versa, time that people would not have if they had to evacuate quickly from a dark plane cabin into the bright outdoors. Opening the shades allows everyone’s eyes to adjust just in case an emergency happens, so they can be ready.

Besides letting in the light, plane windows help crew and passengers visually assess the danger outside in case of an emergency. If flight attendants have to evacuate the plane while on the ground, having the windows open allows them to assess outside conditions before sending passengers outside. For example, if there is a fire on one side of the plane, they will focus evacuation efforts on getting everyone out through doors on the other side.

Why Do You Have to Put the Shades Up During Takeoff and Landing?

Now that you know what purpose airplane windows serve, it might make a lot more sense when flight attendants ask you to put up the window shades during taxi, takeoff, and landing.

Those are the periods when it is most likely that an accident might occur due to runway conditions, turbulent conditions, or communication errors. Your pilots and flight attendants are aware of this, which is why they take all precautions so they can be prepared for any emergency.

Having the windows open during takeoff or landing means that flight attendants can immediately assess conditions outside in case the plane has to evacuate and that everyone’s eyes will be adjusted to both cabin lighting and outdoor lighting, which is helpful in case of an evacuation.

Do Airplane Windows Also Have a Psychological Benefit?

Besides helping passengers in case of an emergency, airplane windows make flights more comfortable, especially for passengers who are afraid of flying. Looking out the window helps passengers suffering from claustrophobia or flight anxiety.

Airlines like to help passengers who are afraid of flying, not just because they care about great customer service. It is also in their interest to prevent someone from having a panic attack on board and needing emergency medical attention because that affects crew resources and other passengers.

Some people have suggested screens that project views from outside for maximum efficiency, but that would deprive airplane windows of their safety function. Plus, claustrophobic passengers would be very aware of the distinction.

Since airplane windows serve such an important function for passenger safety, manufacturers include them on passenger craft even at the expense of efficiency. It seems as if windows should make planes lighter, but the opposite is true.

Although windows themselves are lightweight, the structure around them is actually much heavier than the rest of the fuselage. The part of the airplane body around the window has to support the glass and maintain pressure in the cabin.Larger windows would make it more difficult to maintain pressure in the cabin, necessitating expensive innovations on the part of the manufacturer. That is also why airplane windows are round—that shape was shown to be the most efficient at maintaining pressure and structural integrity. In the 1950s, square windows caused several fatal accidents because the edges were vulnerable to shattering. 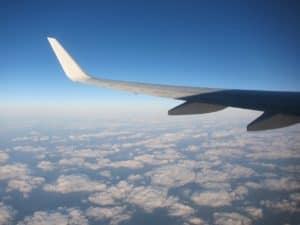 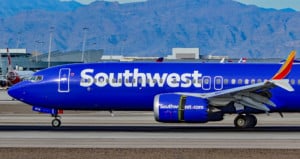 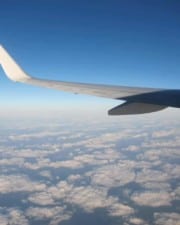 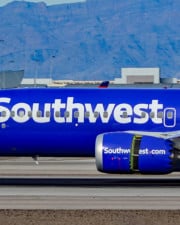