We are all fascinated by the latest and most modern aircraft, but what are some of the oldest and longest-serving fighter jets still in use by militaries? While military progress seems like a good thing, some fighter jets have been in service for over 60 years and going strong…

Given the significant cost of production and the considerable time and labor required to prototype and develop military aircraft, it’s somewhat unsurprising that when the US military discovers a useful and beneficial aircraft design, it hangs on to it.

Although aviation has only been with us for a little over 110 years, a few US fighter jets have been in service for more than 50 years.

To be honest, many have been revamped and upgraded over the years – even the oldest B-52s, which have been “frankensteined” into their present operational incarnations – but the tried-and-true designs of the 1950s have remained.

To maximize kinematic performance, the single-engine F-16 used novel design technology. Due to the Falcon’s overall lightness, a powerful Pratt & Whitney F100 engine with the intake slung under the fuselage could create a good thrust-to-weight ratio, propelling the F-16 to double the speed of sound at high altitude.

To accommodate the cropped delta wings, pronounced strakes bulged out from the fuselage like the hood of a cobra, allowing for extremely high roll rates. The pilot, who was lounging in a seat inclined 30 degrees back to lessen the G-forces from abrupt movements, had a great field of view thanks to a bulging bubble canopy.

According to one estimate, the Falcon had shot down 76 enemy planes while sustaining only one or two losses in aerial combat, all of which occurred under questionable conditions (a Pakistani F-16 shot down another by accident; a Greek Mirage downed a Turkish F-16 in what had formerly been mock aerial combat). Falcons have also continued to be used as bomb-carrying workhorses in airstrikes against targets in Lebanon, Iraq, Libya, Syria, Afghanistan, and Pakistan.

The F-15 Eagle has served as the premier fighter jet and interceptor for the United States Air Force for decades. It achieves air superiority through a combination of unrivaled maneuverability and acceleration, range, weapons, and avionics.

The Eagle has the ability to breach enemy defenses and outperform and outfight any modern adversary aircraft. While operating in friendly or enemy-controlled airspace, the F-15 possesses electronic systems and armament to identify, acquire, track, and strike enemy aircraft. The weapons and flight control systems are designed to allow a single person to engage in air-to-air combat safely and effectively.

The F-14 Tomcat is the final member of Grumman’s “Cat” family of naval fighters, which began with the F4F Wildcat in the 1930s. Additionally, the F-14 was developed as a result of an unsuccessful attempt to convert the F-111 into a carrier-based interceptor.

This plane was first designed in 1967, a full year before the F-111B was canceled. It integrated the greatest features of that design, including the AN/AWG-9 radar and Phoenix missile, twin engines, and a flexible geometry “swing” wing, into a massive, twin-tailed form that became the icon of American naval aviation from the 1970s through the early 21st century.

Although the F-14 Tomcat was retired by the United States in 1974, it is still in use by the Islamic Republic of Iran Air Force, which has managed to keep the plane running for four decades without the help of its maker.

MiG-25, a considerably more well-known high-speed interceptor debuted in 1970, initially flew in 1964 and took six years to reach the Soviet Air Force. Only a few of these once-feared fighters are still in restricted duty with Algerian, Libyan, and Syrian air forces today, and it’s unclear whether they’re even airworthy.

After 1,190 airplanes were built, the MiG-25 series was discontinued in 1984. The MiG-25 was a Cold War emblem that flew with Soviet allies and former Soviet republics, and it was still in limited service in Russia and a few other countries. After the SR-71 reconnaissance aircraft, it is the second-fastest and highest-flying military aircraft ever produced.

It is the only fighter jet in service today that can exceed Mach 3.0, making it by far the fastest fighter jet in the world. The MiG-25 is a Russian-built interceptor that was unveiled in 1970 and has remained one of the quickest fighter jets ever, despite being out of production and in restricted service.

In 1970, the Soviet Union received three brand-new fighter planes. The MiG-23 was one of them, but it was the most recent of the three. The project began in the early 1960s, and the prototype flew for the first time in 1970. A number of countries, notably North Korea, Cuba, and Syria, are actively using it.

The Mig-23 was designed by Artem Mikoyan and Mikhail Gurevich, who had a successful design company. Furthermore, the Flogger was designed as a point defense fighter, with a strong radar, an infrared search, and track system, a variety of radar and infrared-guided weaponry, and incredible speed (Mach 2.35) to counter its opponents. As a replacement to the MiG-21, it was designed between 1964-66.

It was the Soviet Union’s first attempt to create a look-down/shoot-down radar, as well as one of the first to be equipped with beyond visual range missiles and the first MiG production jet to feature intakes on the sides of the fuselage.

This is an example of the PLAAF storing fighter jets built in the Soviet Union. The Chengdu J-7 was designed as a Chinese variant of the Soviet MiG-21 fighter jet and first flew in 1966. Even though these jets haven’t been built in years, with production ending in 2013, they’re still in use with various’ countries military forces.

These Chinese fighter jets have traditionally been deployed by the PLAAF as a warning. More than 300 J-7s are reported to be operational in the PLAAF and Chinese Navy, with varying degrees of service.

Other air forces throughout the world have used the J-7 as well. Iran and Egypt continue to use them in combat, while other countries, such as Myanmar, utilize them for training.

The CAC developed 54 variations of the J-7 fighter to satisfy the operational requirements of the defense forces. It produced two sorts of J-7 variants: a domestic Chinese variation and an export variant. There are around 28 domestic variations and 26 export variants in use around the world.

Northrop created the F-5 as a lightweight supersonic fighter that is both inexpensive to operate and acquire. It initially flew in 1959 and was chosen for export to countries under the United States Military Assistance Program (MAP) in 1962, providing cost-effective, and easy-to-operate light jet fighters for countries during the hottest years. The jet was given the name Freedom Fighter.

Turkey, Greece, Iran, Taiwan, South Korea, Thailand, Norway, Spain, and Canada were among the countries that purchased the F-5 Freedom Fighter. Due to its battle experience in Vietnam, the Freedom Fighter was refined into the F-5E Tiger II, which was built in the mid-1970s.

With 2,700 aircraft constructed, production of the F-5 ended in 1987. Some F-5s are still in operation as fighter-bombers, reconnaissance planes, and flight trainers in 26 countries, having been updated with new armament systems, avionics, helmet-mounted sights (with off-bore missile firing capability), and modern radars.

The F4 Phantom was a genuine monster that served in many missions till today, after the problematic early supersonic aircraft in the US Air Force’s arsenal.

This aircraft was the most advanced fighter jet of its day when it first flew in 1958, shattering many world records. However, as time and technology improved, the F-4 proved to be a dependable and effective workhorse, achieving success in air-to-air combat, ground attacks, and a variety of other tasks.

When the Phantom initially entered service in 1961, it had a lot of room for improvements. The F-4 Phantom served various nations for decades, and some even to this day, despite being decommissioned from US Air Force duty. They are still in use in the Greek and Turkish air forces, despite being phased out by several existing operators.

The MiG-21 with its multiple variations and derivatives, arguably the oldest widely-used single engine fighter jet, continues to enjoy amazing popularity throughout a vast number of air forces. The ‘Fishbed’ was first deployed by the Soviet Union in 1959, and some argue that with current avionics and weapons, it can compete with far newer 4th generation aircraft.

While the majority of major users, such as India and Romania, are intending to withdraw the jet, there is a good probability that some air forces may keep the MIG-21 in operation for decades because of its ease of maintenance and use, as well as the large production numbers of over 11,000 MIG-21s created.

The MIG-21, which is just a giant turbojet engine with wings attached, is brutally simple in the best conceivable way. They are very cost-effective to operate due to their inherent simplicity, while still providing incredibly high-performance supersonic capabilities as a fighter or attack aircraft. 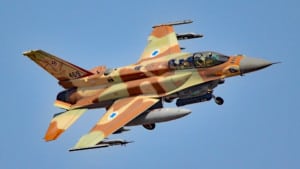 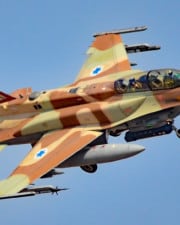