While the Vietnam War is by far the conflict most closely associated with helicopter warfare in movies and media, much of the groundwork for that was laid during the Korean War, both in the helicopters that served and those that came afterward.

The US Armed Forces began significantly investing in helicopters in the late 40s following the Second World War, and production really ramped up during the Korean War. Because of that timeline, many helicopters actually debuted after the war, which is one reason for their prevalence in conflicts such as Vietnam.

The war’s most famous helicopter, the H-13 Sioux, is a perfect example of this. Though it is by far the helicopter most closely associated with the conflict, the US Army only had 56 of them when North Korean forces invaded the south of the Korean Peninsula in June 1950.

The H-13 quickly earned the moniker “The Angel of Mercy” due to its tremendously important role as a medevac helicopter. More than half of all US forces killed or wounded in the conflict were transported to hospitals via the H-13. The H-23 Raven served a similar medevac function.

The success of these medevac helicopters can be seen in the death rate of evacuated patients before reaching hospitals and medical centers. Where that figure was at 4.5% during the Second World War, it fell to 2.5% during the Korean War.

The buildup of helicopter orders placed by the US, USSR, and China would all impact their helicopter fleets for decades to come. Many helicopters that began their design or production phase during and immediately after these years saw use in later conflicts such as Vietnam, with some lasting for decades.

Let’s go into the list of the top 12 helicopters to serve in or be connected to the Korean War.

The H-13 featured an iconic soap bubble canopy design that could seat three people. It was fast, lightweight, and while it is typically remembered for its medical service (hence the M*A*S*H association) it could also be outfitted with twin mounted machine guns.

The H-13 was not the only medical helicopter to serve the US Armed Forces during the Korean War. The OH-23 Ravens were medical as well as scout helicopters. While the initial designs used a more front-sloping cockpit design, later models used a “Goldfish Bowl” look, and that choice stuck.

This is also one of the more widely-used helicopters on this list, being employed in a variety of capacities by civilian and military personnel in more than a dozen countries across the world. Like the H-13, it was also used during the early stages of the Vietnam War.

Just because the USSR wasn’t directly involved in the Korean War didn’t mean that they weren’t watching it carefully, and didn’t care about the result. They saw the buildup of US helicopter forces and, with the Cold War in full swing, decided this necessitated more helicopters from them.

This unit was first shown off at Tushino Airfield in 1952 and entered service the following year. The USSR exported it, and the Mi-4 saw service during the Bangladesh Liberation War of 1971. More tellingly, however, it is thought to remain in service in a limited capacity in North Korea.

This helicopter holds a unique place in the history of American helicopters, being one of the earliest helicopters to enter the US military service in 1946. Its primary connection to the Korean War is that the H-13 was developed from it – soap bubble canopy and all.

The Model 47 was then rented out to Los Angeles television mainstay KTLA, and on July 3, 158, it became the world’s first news helicopter with its inventor, John D. Silva, aboard for the ride. It was used by NASA, with a near-disastrous crash occurring before Apollo 17’s moon flight.

This model was designed with the US Navy in mind and was produced from 1949 to 1954. It was also the first helicopter to be able to pull off a loop and the first one to be built with an autopilot system.

However, even though it was built and ready, it was not actually flown in Korean. Instead, it was exported, although even here it was not as in demand as other US helicopters. It was still in operation decades later, though sadly one was involved in a crash in 2009.

This is yet another helicopter that owes its development history in part to the Korean War, although it was completed long after the conflict began. It was designed in part during the war and saw its first test flight in 1952. The model quickly became nicknamed “the flying banana.”

It saw service a couple years later in the Algerian War on the French side, and after that it was used in Vietnam in the early 1960s. Some of the earliest casualties of the latter war on the American side came due to an H-21 being shot down in 1962.

While many of the helicopters on this list were designed during the Korean War and just missed service in the conflict, this one is the real deal. It was one of the most prominent helicopters of the war, being used in a rescue capacity to help downed pilots.

It also saw substantial use among civilian operators around the world. It is one of the better survived helicopters from this era, with many still being on display, including one in the War Memorial of Korea in Seoul and another at the United States Army Aviation Museum at Fort Rucker.

As with the H-5, the CH-37 Mojave was a product of the US Armed Forces investing heavily in helicopters, with the US Marine corps ordering this model coming as the war was raging in 1951. However, this is yet another example of a model that was completed after the war.

The CH-37 was thus destined to serve a transitional role. It was one of the last heavy helicopters used to feature piston engines, and was withdrawn by the late 1960s while the Vietnam War was raging. However, four did serve in the war at Marble Mountain Air Facility.

The line of Sikorsky helicopters connected to or coming out of the Korean War continues with this model, which took the place of the H-5 as a helicopter. Like its predecessor, it was used to evacuate pilots shot down behind North Korean lines, serving a vital search and rescue function.

The Chickasaw also saw use as a supply carry helicopter during the war, and had the grimmer task of being used to airlift casualties as well. It lasted long enough to see service on the French side of the First Indochina War and very early stages of the Vietnam War.

As mentioned, there are several helicopters on this list that didn’t necessarily see service during the Korean War but were “products” of it, and that’s the case with the Harbin Z-5 and Z-6. China’s involvement in the war meant more military production, leading to these helicopters being developed.

The Z-5 was first produced as a Chinese version of the aforementioned Mi-4. Since that time, it has been outfitted to be everything from an assault helicopter variant to an agricultural unit. Furthering the Korean War link, it is thought to remain in use in the North Korean Armed Forces.

This is another helicopter completed well after the Korean War that nevertheless was a product of its fallout. While China drew from Soviet designs in their early helicopters before and after the war, with the Z-5 coming from the Mi-4, relations soon soured during the Sino-Soviet Split in the 1960s.

The Z-6, therefore, was produced and released not with the idea of fighting against US forces during the Korean War but in the aftermath of these new tensions with the Soviets. Even so, only 11 of these helicopters were ever produced.

That’s not hyperbole – the Mi-8 is one of the most mass produced and commonly-flown helicopters of all-time, having been used at one point or another by over 50 different countries, and it is still in operation today. The Korean War and USSR are in the past, but the Mi-8 endures. 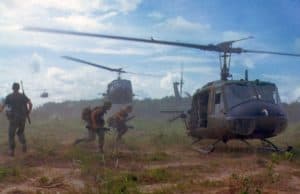 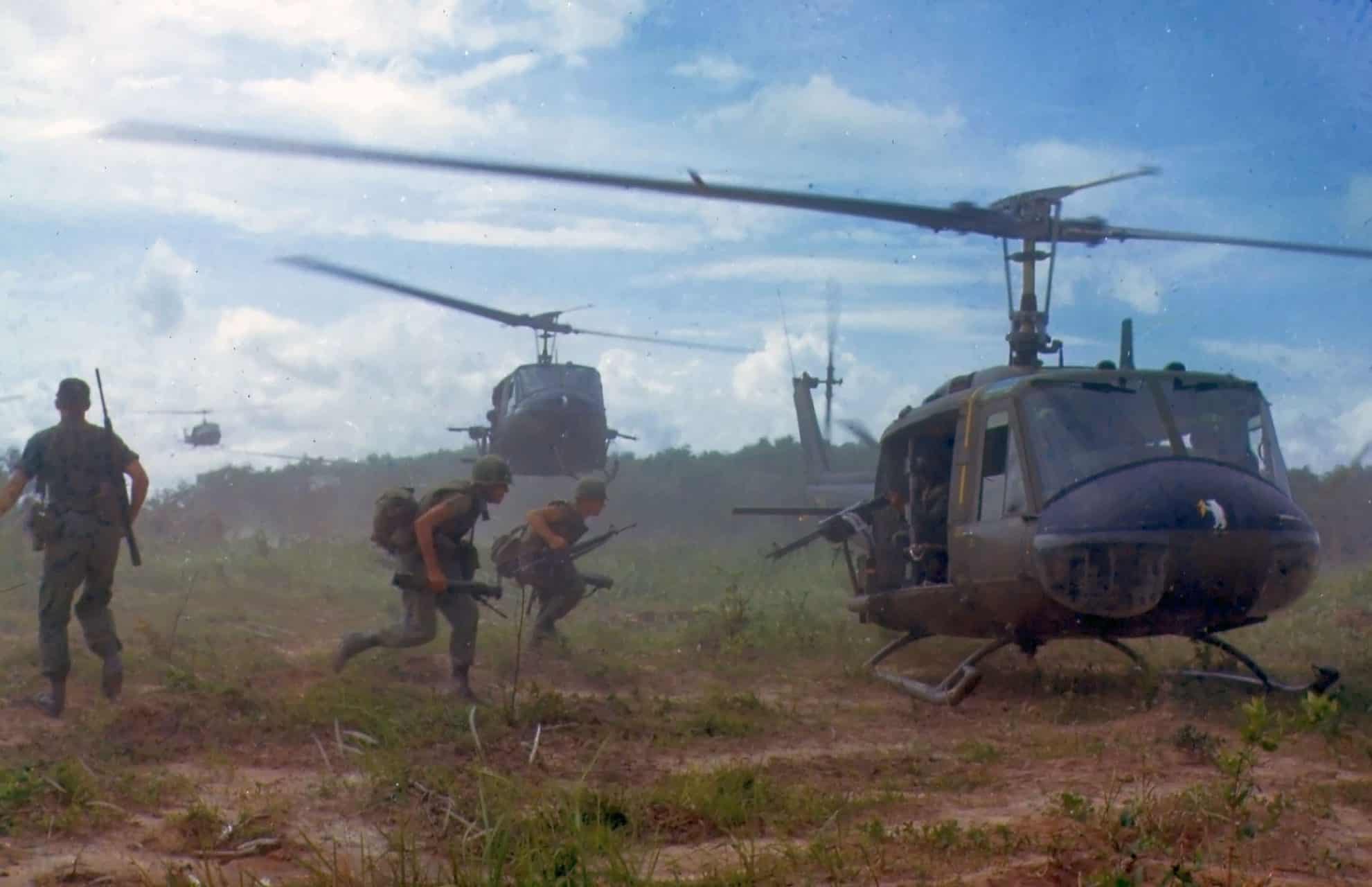