A tour of an aviation museum offers a tremendous opportunity for people to learn not just about airplanes, but about history, the military, and much more. Indeed, even if you have no curiosity whatsoever about aviation, spending the day at one of these museums in Arizona is guaranteed to provide you with an enjoyable experience you won’t soon forget.

Aviation museums are filled with hundreds of artifacts, displays, educational opportunities, and both permanent and temporary exhibits for your enjoyment.

They allow you to get up close and personal with a real airplane or helicopter and provide tons of ways to learn more about everything related to space, aviation, and the military. There are hundreds of aviation museums all across North America, so finding one to visit is never difficult.

There are a lot of military people who hail from Arizona, including numerous pilots and astronauts. Two astronauts – Timothy Creamer, who flew in the Soyuz TMA-17 mission in 2010; and Steven Smith, who flew on several missions from 1994 to 2002 – are from Arizona.

Thanks in part to the excellent engineering programs at Arizona State University, Arizonians have played a big role in the U.S. military and space programs, making this a very important state indeed.

There is a total of 11 aviation museums in Arizona, and below are descriptions of each.

Located at Buckeye Municipal Airport, you must contact them first before visiting the museum, which you can do by calling 480-586-7312. More than a dozen different aircraft are housed here for viewing and studying, including the Grumman C-1A Trader, Douglas DC-3C Skytrain, North American T-28B Trojan, and the Beech C-45H Expeditor, among others.

Open Tuesday through Saturday most of the year, the museum is free to enter, but donations are both encouraged and appreciated. The post was founded in 1877 and once served as headquarters for the four all-black regimens of the Army. Included on display are aircraft such as the Grumman OV-1C Mohawk and the Beech RC-12D Super King Air, and this is still a working post for the Army.

The museum is open Tuesday through Sunday from June to September and daily from October to May. It is closed on most national holidays and has a great gift shop for those who love bringing souvenirs home. Located east of downtown Phoenix, the museum is home to several dozen aircraft, including the North American P-51D Mustang, Hughes OH-6A Cayuse, Beech D18S Expeditor, Douglas A-26C Invader, and the Stinson L-5E Sentinel, among others.

This museum is open on Saturday and Sunday most of the year and offers numerous artifacts, including military uniforms, artillery, vehicles, and of course aircraft. Included in their collection of aircraft are the Bell AH-1S Cobra, Vought A-7D Corsair II, and the Bell UH-1M Iroquois. You can enter the museum through the main guard gate, and you can get additional information on their current and upcoming exhibits and displays by visiting their website at www.azdema.gov/museum or by calling them at 602-267-2676.

The aircraft included in this facility are the McDonnell NF-4E Phantom II and the McDonnell RF-4C Phantom II. There is also a memorial plaque dedicated to Master-Sergeant Arlo J. Markestad, who served under George Patton and participated in D-Day on June 6, 1944. He trained in both Arizona and California in desert training centers and served the country from 1942 to 1973.

This museum celebrates the role of women pilots throughout the history of the United States military, and one of the artifacts housed there is the Grumman F9F-5KD Panther. It is located just east of Mesa Verde off I-10 and Highway 95, and you can get additional information on everything they offer by calling 928-927-5555 or by visiting them online at www.waspmuseum.com. It is a great museum to visit if you’re interested in anything related to female pilots in the military.

This museum is open every day most of the year and offers tours on a first-come, first-served basis. If you’re interested in the Titan II missile, this is the place to be because it is the only facility in the nation that allows the public access to the missile. You can view the 3-ton blast doors and silo walls that are 8-feet thick, as well as aircraft such as the Bell UH-1F Iroquois and the missile itself, which is officially known as the Martin Titan II ICBM.

Tours of this facility are given Monday through Friday and last roughly 1.5 hours. You have to check in at least 30 minutes before the tour at the Pima Air & Space Museum store because that is where the tour buses load. The museum is home to dozens of different aircraft, including the Grumman E-2C Hawkeye, Bell UH-1H Iroquois, and the Sikorsky MH-3H Sea King, among others.

Open daily except for Thanksgiving and Christmas Day, this museum is home to dozens of aircraft, including the Boeing B-52G Stratofortress, General Dynamics F-111E Aardvark, de Havilland Canada DHC-2 Beaver, and the Ryan PT-22 Recruit, among many others. You can contact them at 520-574-0462 for more information.

Open daily most days of the year, the museum is located north of Flagstaff and houses dozens of aircraft, including the Mooney M18C Mite, Stinson AT-19 Reliant, Baby Great Lakes Biplane, and the Cessna Airmaster C-165. You can get updated on current exhibits by visiting them online at http://planesoffame.org/index.php?page=valle-az-location or by calling 928-635-1000. They also have a great gift shop for those who love to commemorate their visit with a souvenir. 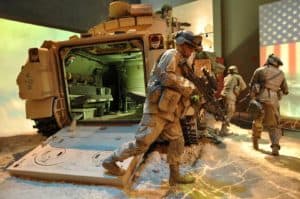 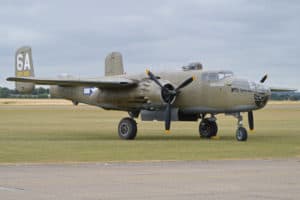 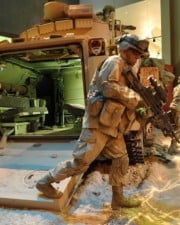 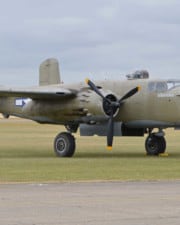