The Xian H-6 is a license-built variant of the Soviet’s Tupolev Tu-16 twinjet bomber, introduced in 1969 for People’s Liberation Army Air Force of China. 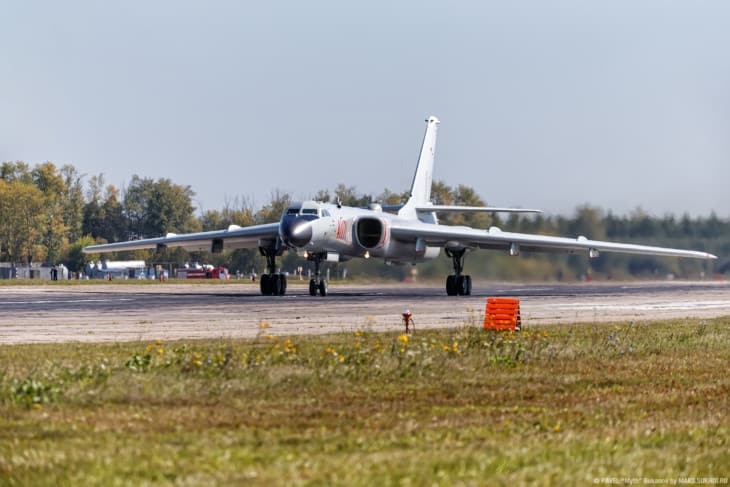 In the late 1950s, China acquired several Tu-16 twin-engine jet bombers from the Soviet Union that were later designated as the Xian H-6. In 1959, the first indigenously produced Xian H-6 conducted its maiden flight. Approximately 160 to 180 aircraft were domestically produced.

The H-6 was built as a strategic bomber, originally planned to act as a nuclear bomb deterrent which then paved the way to a more traditional bombing role due to technological advancements such as ballistic missiles launched from land or by submarine. As a result, ballistic missiles entirely abolished the need for aircraft in the dame nuclear delivery role.

Strategic bombers were popular since the First World War and needed an aircraft design with a strong built-in endurance concept that can haul thousands of pounds of ordnance over enemy territory, aiming particular enemy positions such as factories. After some time, Chinese H-6 bombers were improved to support guided missile ordnance to lengthen their functionality on the battlefield for years.

The Xian H-6 has a smooth cylindrical fuselage with an external length of 34.8 meters, a height of 10.36 meters, and a diameter of 2 meters. It has a retractable undercarriage which incorporates a two-wheeled nose leg and four-wheeled main legs. It has a wheelbase of 11.6 meters. The wide-spanning sweptback wings have a wingspan of 33 meters and a wing area of 165 square meters. It can accommodate up to four crew members.

The aircraft is powered by two Xian WP-8 turbojet engines mounted within the wing roots which produce a maximum thrust of 21,000 lbf each. It has a maximum speed of 570 knots and a travel range of 3,200 nautical miles. It can fly up to 42,000 feet and can climb at a rate of 3,600 feet per minute. The takeoff distance is 2,100 meters while the landing distance is 1,539 meters.