The KAI T-50 Golden Eagle is a series of South Korean supersonic advanced trainers and light combat aircraft designed and produced by Korea Aerospace Industries (KAI) together with Lockheed Martin. It is the first indigenous supersonic aircraft of South Korea and one of the few supersonic trainers in the world. 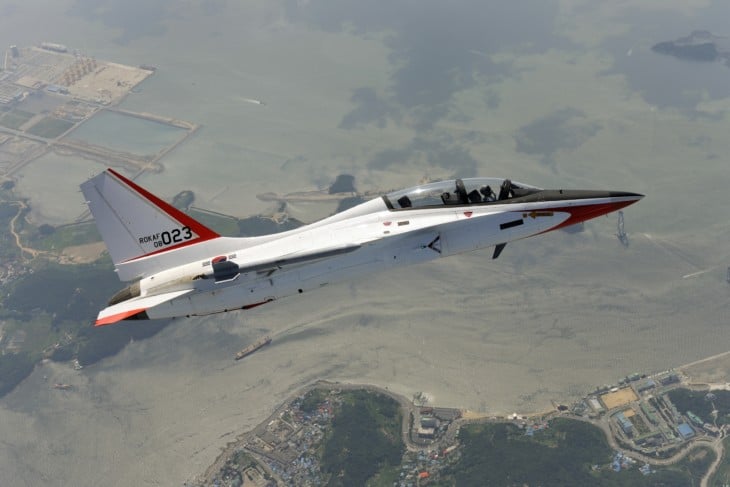 The KAI T-50 program was initially planned to develop an original South Korean trainer aircraft capable of supersonic flight, to train and equip pilots for the General Dynamics KF-16 and McDonnell Douglas F-15K, and to replace previous Northrop T-38 and Cessna A-37 trainers in service with the Republic of Korea Air Force (ROKAF). Generally, the T-50 family of aircraft is almost the same as the KF-16 in the configuration.

In February 2000, the aircraft was officially named as the T-50 Golden Eagle. The final assembly of the first T-50 started from January 15 to September 14, 2011. In August 2002, the T-50 conducted its maiden flight. An initial operational assessment took place from July 28 to August 14, 2003. KAI is currently working with Lockheed Martin for an international joint marketing program of the T-50. In December 2003, the ROKAF placed a production contract for twenty-five aircraft, expected to be delivered from 2005 to 2009.

The aircraft has an exterior length of 13.14 meters, a height of 4.94 meters, and a fuselage diameter of 1 meter. It is equipped with retractable tricycle undercarriage from Messier Dowty. The wheelbase is 5.2 meters.