Many people never consider the possibility of an airplane suffering with corrosion, but it does happen. Like all metal objects, aircraft corrosion is bound to happen sooner or later, and the only way to know what to do about it is to recognize the reason it occurred in the first place. Corrosion doesn’t affect how the plane flies, fortunately, but it can definitely affect the way it looks, which goes a long way in creating good rapport with customers.

Why Do Airplanes Corrode?

Airline companies know that airplanes can experience corrosion at any point, which is why they regularly paint and clean the aircraft to delay the inevitable.

However, eventually nature will win out and some corrosion will occur, and it’s best to recognize it as soon as possible so that something can be done about it.

Several things affect how often this happens, including where the aircraft is housed, the age of the aircraft, and how often it gets a thorough cleaning.

Just what is corrosion? It is merely the rusting of the metal parts of the plane, although aluminum rusting doesn’t produce the reddish color that many people associate with the process.

Planes will experience a white or gray color at first, which makes the aluminum look dull or faded. If it continues, the plane will eventually be unflyable, and it only takes a few years to experience this.

There are also many aircraft corrosion types, and if an airline company knows which type their aircraft are suffering from, it is much easier to take the next step and eliminate the problem. Below are a few of those types.

Uniform surface attack corrosion occurs when the metal parts of the plane are exposed to the oxygen in the air over long periods of time. This is a very common type of corrosion for all kinds of aircraft, and many things can contribute to it.

These include a poor paint job, poor pre-painting preparation taken by the people doing the paint job, certain pollutants and acid, and even consistent exposure to high humidity conditions.

Unfortunately, there are also things that can speed up the process of this type of corrosion, including low-quality paints, unstable environmental conditions, and even harsh chemicals.

Uniform surface attack corrosion is one of the most significant aircraft corrosion types because it happens to large areas over time and can waste a lot of tonnage.

On the bright side, this type of corrosion is easy to diagnose and easy to predict, so huge losses resulting from it are on the rare side.

Essentially, the most aggravating side effect of uniform surface attack corrosion is the aesthetic disadvantage, because it makes the aircraft a lot less attractive.

Stress corrosion is corrosion that occurs in parts of the aircraft which contain a lot of stress; for example, the crankshafts in the engine and the plane’s landing gear.

It is usually caused by basic surface corrosion or even scratches that are undetected, which isn’t that uncommon because finding out about this type of corrosion can sometimes be difficult.

Some of the things that can cause stress corrosion in airplanes include tapered bolts, press-fit bushings, cyclic loading applied externally, and even the production process itself.

The stress that causes the corrosion can be either directly applied or even residual, with the residual forms being a little more difficult to notice and repair.

Stress corrosion can be caused by certain environments, including sea water and salt solutions that can crack certain steels and alloys, moist air that can corrode magnesium alloys, and titanium alloys that can corrode due to methyl alcohol-hydrochloric acid solutions.

Protective coatings, shot-peening of a metal surface, and stress-relief heat treatments can all be used to reduce the chances of this type of corrosion.

Also known as concentration cell corrosion, crevice corrosion occurs whenever water gets trapped in between two different surfaces; for example, under loose paint or an unsealed joint.

This is a dangerous type of corrosion because it can quickly lead to exfoliation corrosion, or pitting. The type of corrosion that results is dependent upon the material’s alloy, temper, and form, and it often occurs in an aircraft skin’s lap joints.

Crevice corrosion is localized and is usually associated with stagnant microenvironments. It occurs when the inhibitor or oxygen in the crevice is depleted or when aggressive ion species such as chloride builds up in the crevice.

Crevices affected tend to be parts such as washers, surface deposits, threads, fastener heads, clamps, and even some types of insulation material.

One of the reasons this type of corrosion is so common in airplanes is because it occurs on aluminum surfaces which haven’t been through the proper pre-painting process and, therefore, aren’t prepared for the polyurethane paints usually used on airplanes.

When it first shows up, it looks like tiny worm-shaped lines that are noticeable underneath the paint, and eventually the paint will flake and bubble.

Also known as under-film corrosion or filamentary corrosion, filiform corrosion is easy to recognize because of its worm-like lines that are spread out in random directions.

Intergranular corrosion in aircraft is a localized type of corrosion and is usually an attack on the grains that make up the alloys and metals of the airplane.

The grain boundaries get attacked and become depleted of chromium, making them vulnerable to corrosion even if they are usually corrosion-resistant metals.

In some metals, such as some stainless steels and alloys, chromium can be added so that there is less of a chance of this happening.

Also known as intragranular attack, this form of corrosion can occur when the boundaries of crystallites found in the materials make them more susceptible to corrosion than their inside parts.

Fortunately, the bulk of the grains are left unaffected by the process because this type of corrosion affects only small sections of the plane.

Alloys that have been improperly treated, but exposed to a corrosive environment later on are particularly vulnerable to this type of corrosion, and the lack of uniformity in the alloy structure is one of the main reasons it occurs.

Another type included in the list of aircraft corrosion types is dissimilar metal corrosion. This occurs whenever two very different metals are in contact with each other when an electrolyte is present.

This is a costly and very dangerous type of corrosion that can go long periods of time without being noticed. In fact, most often the only way to determine if this type of corrosion is going on is to disassemble and inspect the various parts.

There is, however, a precaution that airline mechanics can take to reduce the chances of this type of corrosion. It involves not using steel wire brushes or steel wool when cleaning the surface of the plane, because this can result in tiny pieces coming off and getting deep into the surface of the aircraft, which always increases the odds that dissimilar metal corrosion will occur. 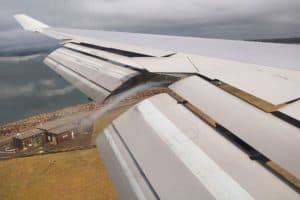 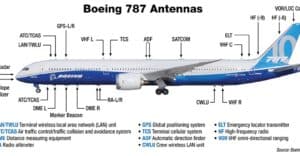 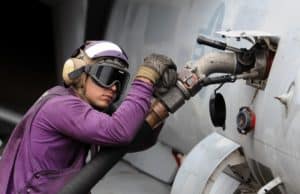 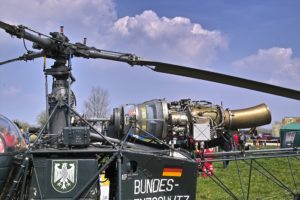 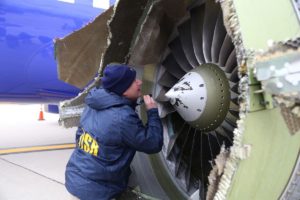 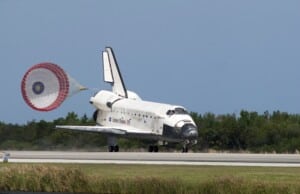 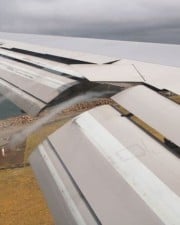 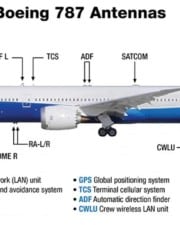 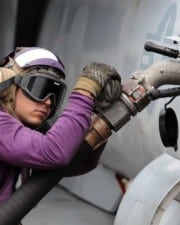 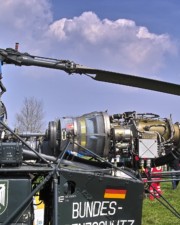 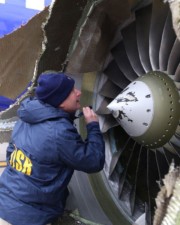