Throughout the first seven and half decades of the airline industry, passengers and crew could smoke on commercial flights. As most airlines and governments have banned inflight smoking, many travelers want to know if you can still smoke on private jets.

TLDR – There is no law against smoking tobacco on a private jet. However, charter jet companies are free to set their own restrictions for passengers. For example, some companies allow clients to smoke tobacco while others have policies prohibiting it.

Are You Allowed to Smoke Tobacco on Private Jets?

While governments and airlines around the world have banned inflight smoking on commercial flights, private flights do not need to follow the same restrictions. Inflight smoking on private jets is left to the discretion of the company operating the jet.

The Federal Aviation Administration (FAA) banned smoking on all domestic commercial airlines in 2000. If a private aircraft owner decides to allow passengers to smoke, they must follow the FAA regulations for Passenger and Crew Compartment Interiors.

According to the FAA regulations, aircraft must contain an adequate number of self-contained, removable ashtrays if smoking is permitted. The plane must also include clear signage to indicate the areas where smoking is prohibited, such as the cockpit.

Are You Allowed to Smoke Marijuana on Private Jets?

Almost every country still has federal laws that make smoking, possessing, or distributing marijuana a crime. For example, in the United States, marijuana is still classified as a schedule 1 controlled substance, along with heroin and LSD.

As aircraft must follow federal laws, smoking marijuana on any plane is illegal. Many aircraft operators also worry about the potential impact of marijuana exposure to pilots.

As airplanes have contained ventilation systems, smoke from the cabin may reach the cockpit. Due to the potential safety and legal issues, aircraft owners and operators are unlikely to allow passengers to smoke marijuana on a plane.

Do Any Airlines Still Allow Smoking?

The commercial airline industry started in 1914 and grew significantly after World War II. In the 1950s, about half of the adult population in the United States smoked cigarettes. Smoking on planes was an incredibly common practice.

By the late 1970s, the potential risks of smoking and secondhand smoke were widely recognized. Smoking cigarettes gradually became less popular among the public. Airlines eventually started creating nonsmoking and smoking sections on the planes.

What Happens If You Smoke on a Plane?

If you are caught smoking on a plane, you may be fined by the FAA and banned from the airline. However, the rules are not strictly enforced and vary from airline to airline.

If a passenger is caught smoking a cigarette, the flight attendants will typically remind that passenger that it is against the law and ask them to put out the cigarette. They may also report the incident, resulting in a fine from the FAA.

About 10% of all FAA fines are for inflight smoking violations. The fine can range from $2 to $4,000, with most fines averaging about $50.

The act of smoking itself is rarely a jailable offense. However, some airlines may contact the police in the destination country during international flights.

The biggest penalties occur when a passenger does not comply with the requests of the flight attendants. For example, if a passenger refuses to put out a cigarette or creates a disruption that forces the flight to be diverted or make an emergency landing, the passenger is likely to face serious consequences.

Can Pilots Smoke on Commercial Flights?

Smoking in the flight deck is not prohibited under FAA regulations. Pilots can legally smoke cigarettes in the cockpit during a flight. However, many commercial airlines have strict policies against smoking that applies to passengers, pilots, and crew.

When countries and airlines first started banning cigarettes, they continued to allow pilots to smoke cigarettes in the cockpit. The reasoning behind this decision is that pilots may suffer from nicotine withdrawal, decreasing their ability to safely navigate the plane.

Over time, the practice of allowing pilots to smoke in the cockpit became less common. Most US-based airlines do not allow pilots to smoke, but some international airline companies still permit it.

Can You Use Electronic Cigarettes on Planes?

While you cannot use an electronic cigarette on a plane or store it in your checked luggage, you can store it in your carry-on baggage or on your person. However, individual airlines may have additional restrictions or policies for e-cigarettes.

Why Do Commercial Airplanes Still Have Ashtrays?

Airplanes intended for commercial flights still have ashtrays as a precaution. According to FAA regulations, domestic commercial airliners must have an ashtray in the bathroom. While inflight smoking is banned on commercial flights, passengers may violate the rules and choose to smoke a cigarette.

If someone lights up, having an ashtray nearby ensures that they have a suitable place to put out their cigarette. Without an ashtray, the passenger may dispose of the cigarette in an unsafe manner, increasing the risk of a fire hazard. 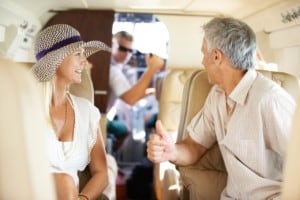 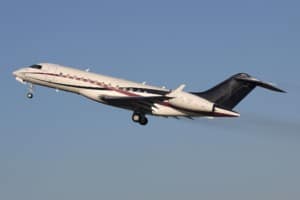 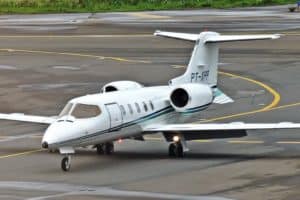 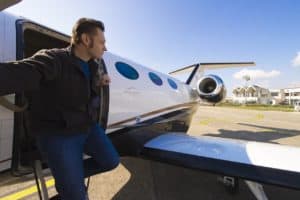 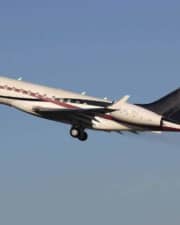 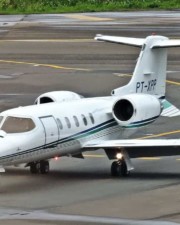 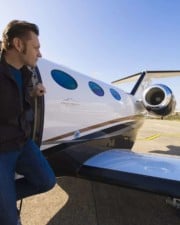