Air travel has been around for over a century, and a lot has changed since then. Someone sitting down for a trip in a plane in 1922 had a very different experience from passengers sitting down for a long-haul flight today. So, what was air travel in the 1920s really like, and how different was it from travel today?

The most important difference is that air travel in the 1920s was much less comfortable than it was today. Flights were not climate-controlled or noise-controlled, and simple amenities such as in-flight toilets were not added until 1928. The culture around flying was also very different. It was rare, expensive, and not very efficient; people saw it as an adventure rather than a mode of transportation.

However, for all the hardships associated with 1920s air travel, it still had a dose of glamour because planes were so new. Here are the details about air travel back in time that you should know.

What Aircraft Did People Travel In?

The 1920s saw a boom in aviation, which is why the decade marks the beginning of the Golden Age of Flight. The end of World War One meant that more resources were dedicated to civilian travel, there was a surplus of planes and factories that didn’t need to focus on wartime production, and plenty of trained pilots were released from their military service.

However, this “Golden Age” moniker refers to the excitement and relative advancements in air travel. Most early commercial planes were uncomfortable and technologically primitive, still unable to carry passengers over long distances. The most common passenger airplanes of the decade were the Ford Trimotor 5-AT, Fokker F-10, and a few other planes.

However, airplanes were not the only option for people traveling by air. People could also travel by airship or dirigible, which were powered balloons. Travel by dirigible was actually more comfortable than travel by airplane in the 1920s and 1930s (although the real Golden Age didn’t come until the 1930s). On the other hand, it was more dangerous due to the flammable gases used to power the airships.

In the 1920s, forget about jaunting across the Atlantic for a vacation in Europe in an airplane. Passenger airplanes were incapable of traveling long distances. Most were only able to fly for an hour or two before stopping to refuel. They also couldn’t go faster than 100 mph or go higher than 3,000 feet in altitude. Most passenger airplane routes were between cities close together: forget about going across the ocean or even across the continent.

There were other limitations on plane travel that dictated how long people could travel. For example, plane instruments were not advanced enough yet for planes to fly at night, and passengers on longer trips had to stop overnight somewhere.

With all of these kinks still plaguing air travel, it’s no wonder that many passengers opted to travel by other modes. People going on longer trips still traveled by train or boat, and the pleasure cruise was taking off as a popular vacation choice. The prevalence of credit and affordable cars meant that the road trip was also a popular vacation and travel option.

Although air travel was becoming more popular in the 1920s, it was by no means the most common option for people looking to leave their homes.

There’s another reason why most people opted to travel via other modes of transportation instead of by air: flights were still prohibitively expensive. For example, a ticket to go on one of the first flights from coast to coast in the United States cost $360, which would be several thousand dollars in today’s money.

The only people who could travel by air were wealthy people, such as businessmen, bankers, heiresses, and even nobility. Taking a plane became a status symbol, even though air travel was far less comfortable than taking a train or a cruise.

However, some average people got to experience air travel differently. Pilots retired from the army after World War One and aviation daredevils made a living by traveling and performing shows in small communities. These pilots would perform tricks and then charge people $1 a minute to go up in a plane, known as Barnstorming. While this was still expensive for most people, it was how many people got to experience flying.

As mentioned above, flying in a plane was a status symbol because the technology was so new, and tickets were so expensive. However, the glamorous atmosphere around the idea of air travel concealed the very unglamorous reality (It’s easy to wonder if many passengers that took a plane to show off regretted it.).

When you look at pictures from travel in the 1920s, it’s common to see passengers bundled up in fur coats and blankets. That’s because early planes were very poorly insulated. The bodies were metal but just sheets of metal with nothing protecting passengers from the cold air outside.

The poor insulation also meant that passengers were not protected from noise. If you’ve flown in a modern airplane, you know that flying is sometimes a noisy affair. Engines roar, and there is plenty of wind and turbulence outside. However, the noise problem in early aircraft was even worse due to the poor insulation: passengers could hear the plane rattling.

The early designs of aircraft were also not very stable, meaning that passengers experienced turbulence frequently—and air sickness was very common. With so many problems, many passengers were probably relieved that early flights were so short.

What Were the Positive Sides of Flying in the 1920s?

With so much noise, cold, turbulence, and impracticality, why did people even bother flying in the 1920s? It wasn’t just to show off, was it?

Despite the discomforts as people worked out the technology of flying, there were actually some upsides to flying. Airlines made an effort to make the in-flight experience as comfortable as possible. Flight attendants served food and drinks despite the turbulence. Airplane meals were not the sad plastic-wrapped dishes of today but elaborate meals such as cold fried chicken served in picnic baskets or actual dishes instead of plastic trays.

Some lucky passengers even had in-flight entertainment besides the novelty of flying itself. Airlines started organizing movie screenings on select flights (it didn’t matter if flights were noisy, most movies of the time were still silent). However, in-flight movies weren’t like today, where everyone chose their own movie on their personal TV screen—airlines would set up a projector, and all passengers would watch the movie together.

The on-the-ground aspect of air travel also developed drastically in the 1920s (After all, everyone knows that getting to the airport is a crucial part of air travel.). The first dedicated passenger terminals opened in this decade. According to some records, the first terminal as we know it with a ticket office and waiting area was opened in 1927 in Dearborn, Michigan. Other airports added lounges.

Despite the discomfort, air travel was seen as a very glamorous thing in the 1920s. When you look at pictures from the decade, it’s common to see passengers dressed up just for a short flight. 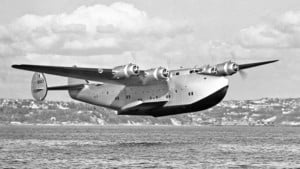 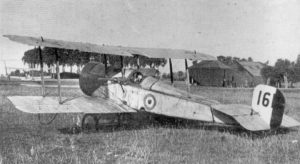 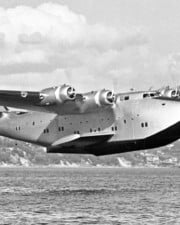 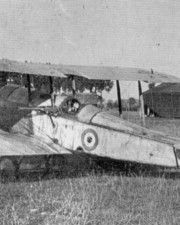