With the advent of the jet engine, air travel has become even faster and more convenient. But of course, with this increase in technology comes an increased need for regulation. The Federal Aviation Administration (FAA) is responsible for setting and enforcing aviation safety regulations, such as part 121 and part 135.

A critical part of aviation safety, FARs are part of Title 14 of the Code of Federal Regulations (sometimes also known as 14 CFR), which set out all regulations governing aviation in the United States.

There are many different parts to the FARs, but Part 121 and Part 135 are two of the most important parts for private and commercial aviation, respectively. If you are an avgeek, I’m sure you’ll be enthusiastic to learn about these crucial parts.

Part 121 of the FARs governs all scheduled air carrier operations with aircraft with a passenger seating configuration of more than 20 seats or a maximum payload capacity of more than 6,000 pounds. In other words, Part 121 applies to all commercial airlines operating in the United States.

The rules and regulations prescribed in Part 121 are much more stringent than those in other parts of the FARs, such as Part 91 or Part 125.

It is because commercial airlines carry passengers for profit and, as such, must meet higher safety standards to protect the lives of their passengers.

Part 121 dictates everything from how often an aircraft must have maintenance performed on it to the qualifications of the aircraft pilots. (Also see our article explaining part 145 which pertains to aircraft repair stations)

Whilst Part 121 is generally for regularly scheduled passenger airlines, it can also apply to  cargo airlines with at least one aircraft in their fleet that meets the weight and seating criteria as well.

To operate under Part 121, an airline must have a certificate from the FAA, and they are subject to much more regulation than airlines operating under Part 135 of the FAR. Part 121 operations are generally much safer than those conducted under Part 135.

The FAA introduced Part 121 to establish a clear set of rules and regulations specifically for passenger airlines. This was done in an effort to improve safety standards and procedures within the passenger airline industry.

Prior to the introduction of Part 121, no specific set of regulations applied specifically to passenger airlines. As a result, the FAA felt that it was necessary to create a separate set of rules specifically for this type of operation in order to improve safety within the industry.

The introduction of Part 121 created a new subclass under which all Part 121 aircraft (all passenger airlines) were legally obligated to operate under.

The purpose of Part 121 is to establish minimum standards for the operation of larger, scheduled aircraft. These standards are important because they help ensure the safety of the passengers and crew.

This includes aspects such as aircraft maintenance, pilot training and qualifications, and minimum equipment requirements.

The FAA continually updates and revises these requirements as new technologies and best practices emerge in order to ensure that commercial passenger flights remain as safe as possible.

Part 135 of the FAR refers to any charter or on-demand flight services that are operated for profit. This includes flights performed by corporate airlines, helicopters, and even some government-operated aircraft.

In order to be Part 135 certified, operators must meet certain safety standards as defined by the FAA.

Once certified, operators can offer for-profit flight services to commuters in smaller aircraft. Part 135 is an important certification for anyone wishing to operate a charter or on-demand flight service.

Part 135 of the FARs governs all scheduled and non-scheduled air carrier operations with aircraft that have a passenger seating configuration of less than 20 seats or a maximum payload capacity of less than 6,000 pounds.

In other words, this part applies to all small commercial airlines and private charter companies operating in the United States.

The rules and regulations prescribed in Part 135 are not as stringent as those in Part 121 because the aircraft that are covered under Part 135 are smaller and carry fewer passengers.

Why Was Part 135 Introduced?

The FAA introduced Part 135 to establish a clear set of rules and regulations for aircraft that are privately owned and operated in order to earn money through charter services, carrying cargo, or ferrying passengers.

The creation of Part 135 helped to establish a clear chain of responsibility among those who play a role in the operation of an aircraft, from the pilots and maintenance crew to the aircraft owners.

This helped to improve accountability and communication among all those involved in aircraft operation, further improving safety standards.

The purpose of Part 135 is to ensure the safety of passengers who are being transported by privately-owned aircraft for compensation. This higher level of regulation is meant to hold the operators of these aircraft to a higher standard, in order to reduce the risk of accidents.

Part 135 also establishes minimum requirements that must be met by the operators of these aircraft, in order to ensure a safe and efficient operation.

Finally, Part 135 provides a framework for the certification of these operators by the FAA.

The regulations of Part 121 mainly differ from those of Part 135 in that they are much more stringent. The typical standards for flight crews, aircraft maintenance, and required rest periods are all higher when flying under a Part 121 certificate.

While a Part 135 operator is only required to have one pilot on staff, a Part 121 operator must have at least two pilots on every flight.

The main distinction between the two parts is that Part 121 covers all scheduled passenger and cargo services, while Part 135 only covers on-demand service.

The regulations contain detailed requirements and procedures that must be followed in order to ensure the safety of passengers, crew, and aircraft.

Part 121 and Part 135 are subjected to change and update on a regular basis in order to keep up with the latest advances in aviation technology and safety.

While there are certainly many similarities between Part 121 and Part 135, some important differences also set them apart.

The primary benefit of being Part 121 compliant is that an airline can now fly its aircraft to any destination without having to adhere to the myriad of restrictions placed on general aircraft operators.

Part 121 also requires that an airline have a certain level of insurance, which protects the passengers in case of an accident.

This insurance is not required for general aviation operators, which means that passengers on private planes are not as well protected in the event of an accident.

In addition, Part 121 requires that airlines submit their schedules to the FAA for approval, while general aviation operators do not have to do this. This allows the FAA to better monitor airlines and ensure that they are adhering to their approved schedules.

Ultimately, the main advantage of Part 121 is that it creates a higher level of safety for passengers by mandating stricter rules and requirements for airlines.

The main advantages of Part 135 are that it reduces the owner’s liability in the event of an accident and allows the aircraft to be chartered when not in use. This can help offset the large costs associated with owning an aircraft.

While the FAA’s guidelines are extensive, they can also be difficult to understand. This can be especially true for private airplane owners or operators who may not be familiar with aviation terminology.

However, it is important for all airplane operators to have a basic understanding of the FAA’s regulations.

Part 121 and part 135 are the two operation specifications that an air carrier can choose from when deciding how they will conduct their business.

The majority of large commercial airlines operate under Part 121, which has much more rigid rules and regulations than Part 135. On the other hand, small private charter companies will typically opt for a Part 135 license as it is less expensive and time-consuming to obtain.

Choosing the appropriate license for your aviation requirements depends on your situation.

If an aircraft will be used for large-scale commercial purposes, then Part 121 would likely suffice. Likewise if it were to be used for charter services, then a Part 135 would likely be better. 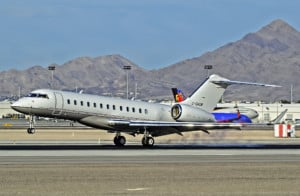 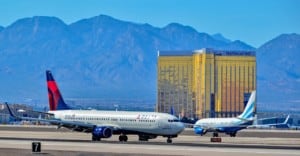 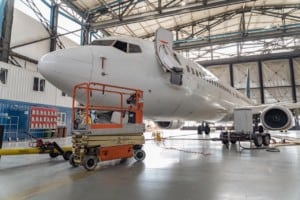 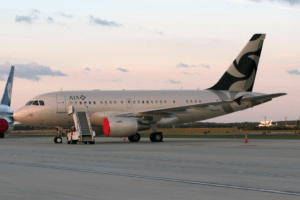 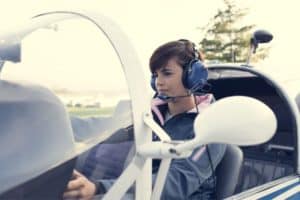 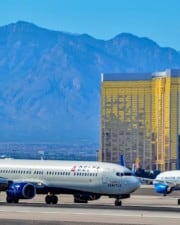 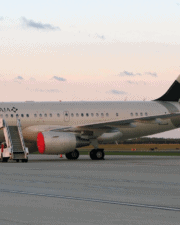